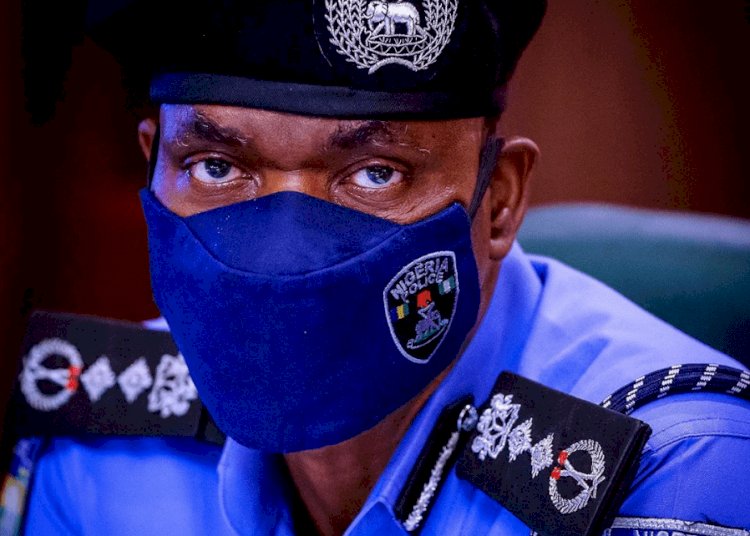 The Inspector-General of Police, Mr Mohammed Adamu, said Friday that contrary to the accusation by the Amnesty International (AI) that police shot at protesters during the #EndSARS protests, 22 police personnel were killed across the country during the protests.

He said officers of the Nigeria Police Force acted professionally, exercised commendable restraints and some paid the supreme price for peace during the recent protests and ensuing violence in some parts of the country.

He said the report by Amnesty International dated 21st October, 2020 that police personnel shot at peaceful protesters was “untrue, misleading and contrary to all available empirical evidence.”

A statement issued by Force Headquarters said the IG noted that during the protests, officers of the force used legitimate means to ensure that the protests were carried out in a peaceful manner and in most cases, physically protected and walked side-by-side with the protesters.

The IG stated that when the protests turned violent in some parts of the country, the officers still maintained utmost restraint and did not use excessive force in managing the situations.

The statement said available reports showed that 22 police personnel were extra-judicially killed by some rampaging protesters and scores injured during the protests.

“Many of the injured personnel are in life-threatening conditions at the hospitals. Two hundred and five police stations and formations including other critical private and public infrastructure were also damaged by a section of the protesters.

“Despite these unprovoked attacks, our police officers never resorted to use of unlawful force or shooting at the protesters as alleged in the report”, it said.

Adamu said it “beggars imagination that Amnesty International failed to mention or pay tribute to police officers who were gruesomely murdered during the protests while serving their fatherland.

“The force decries the discriminatory tendencies exhibited by Amnesty International as seen in the report. One wonders if, in the estimation of Amnesty International, police officers are not also human beings equally entitled to the protection of their fundamental rights to life and dignity of human person”.

The IG while noting that the force is committed to the federal government’s ongoing holistic reforms of the NPF targeted at improving service delivery, positive police-citizen relationship and respect for human rights, enjoins Amnesty International to ensure they subject their reports to adequate scrutiny and proper verification of facts before making the reports public.