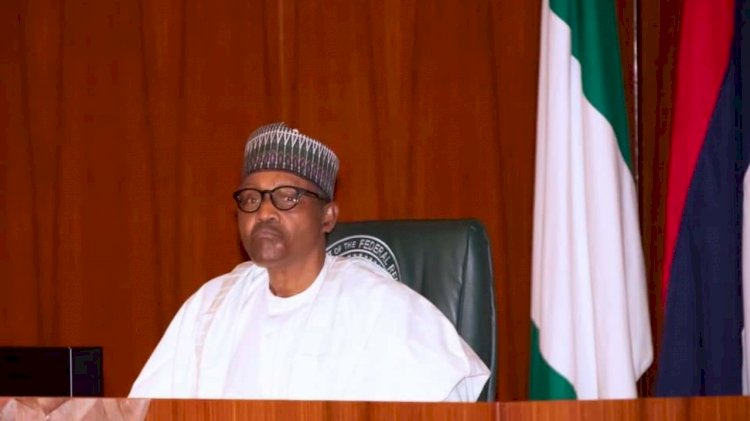 As the Federal Government rolls out the Economic Sustainability Plan and sets goal for National Food Security, President Muhammadu Buhari on Thursday ordered the Central Bank of Nigeria ”not to issue a kobo” of the country’s reserves for the importation of food items and fertilizer.

At a meeting of the National Food Security Council at the State House, Abuja, President Buhari restated his earlier verbal directive to the apex bank, saying he will pass it down in writing that ”nobody importing food should be given money.”

Emphasizing the need to boost local agriculture, the President said:

”From only three operating in the country, we have 33 fertilizer blending plants now working. We will not pay a kobo of our foreign reserves to import fertilizer. We will empower local producers.”

Furthermore, President Buhari also directed that blenders of fertilizer should convey products directly to State governments so as to skip the cartel of transporters undermining the efforts to successfully deliver the products to users at reasonable costs.

The President advised private businesses bent on food importation to source their foreign exchange independently, saying ”use your money to compete with our farmers”, instead of using foreign reserves to bring in compromised food items to divest the efforts of our farmers.

”We have a lot of able-bodied young people willing to work and agriculture is the answer. We have a lot to do to support our farmers,” President Buhari said.

The meeting, chaired by the President with other key members of the Council in attendance, was briefed on the food security situation prevailing in the country.

Notably, the Vice Chairman of the council and Governor of Kebbi State, Atiku Bagudu, the Chief of Staff to the President, Prof. Ibrahim Gambari and a Governor from each of the six geo-political zones – Jigawa, Plateau, Taraba, Ebonyi, Lagos and Kebbi, made presentations.

The Minister of Finance, Budget and National Planning, Dr Zainab Ahmed, outlined measures introduced by the administration to tackle the unprecedented challenges from the COVID-19 pandemic on the nation as contained in the Nigerian Economic Sustainability Plan (NESP).

Among others, the Minister highlighted that the government will facilitate the cultivation of 20,000 to 100,000 hectares of new farmland in every State and support off-take of agro-processing to create millions of direct and indirect job opportunities.

She also listed the creation of 774,000 direct jobs for a minimum of 1,000 young Nigerians in each local government, the construction of 300,000 homes every year to give a boost to jobs through the construction industry, as well as the connection of 25 million new users of electricity with the installation of Solar Home System (SHS) targeting 5 million households.

Dr Ahmed also briefed on the joint investment with the World Bank to provide intervention fund to States to improve health infrastructure.

She said to ease existing financial hardships among the people, the government is also coming up with low-interest loans for mechanics, tailors, artisans, petty traders and other informal business operators.

The Minister added that the Federal Government will equally provide support to Micro, Small and Medium Enterprises (MSMEs) to help them keep their employees and boost local manufacturing.

Dr Ahmed explained that from the recently approved N2.3 trillion stimulus recommended by the NESP, there will be expansion of broadband connectivity to boost job opportunities in the digital economy, a planned expansion of the National Social Investment Programmes including increase in the number of beneficiaries such as the cash transfer beneficiaries, N-Power Volunteers, the Market Moni and Trader Moni schemes.

In his presentation, the Minister of Agriculture, Alhaji Sabo Nanono told the Council that the nation expects a bumper harvest of food items despite floods in the north and drought in the south.

He quoted the latest market surveys to show that the recent hike in the price of commodities is being reversed.

On his part, Mr Boss Mustapha, the Secretary to the Government of the Federation and Chairman of the Presidential Task Force on COVID-19, reported the negative impact of the pandemic on the lives and livelihood of citizens, while the Comptroller-General of Customs, Col Hameed Ali (Rtd) expressed the hope of an early reopening of the partially closed borders given the progress made with neighbouring States in joint border patrols – one of the key conditions by Nigeria for reopening of the borders.