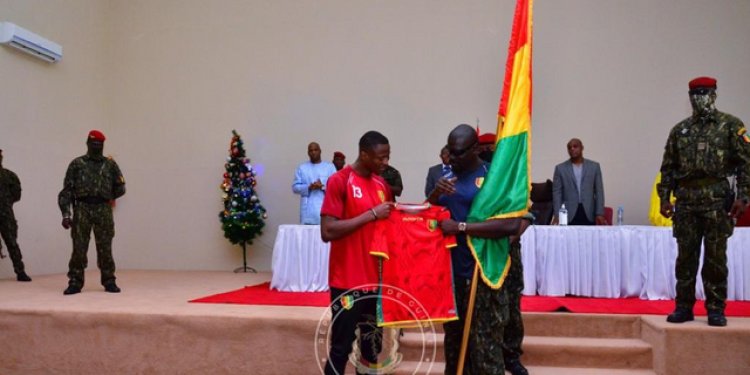 Guinea President Colonel Mamady Doumbouya has warned his players they must win the Africa Cup of Nations, or pay back the money used to help them prepare for the tournament.

The National Elephants – captained by Liverpool star Naby Keita – are in Group B alongside Malawi, Senegal, and Zimbabwe for the tournament that is set to begin on January 9.

Their best ever finish at a Africa Cup of Nations came in 1976, when they finished runners-up to Morocco in the last edition of the tournament to feature a final group stage.

But military officer Doumbouya – who led a coup d’etat by the country’s armed forces against Alpha Conde and his government on September 5 – has laid down a brutal ultimatum to Kaba Diawara’s men.

‘Bring back the trophy or bring back the money we invested in you. Period,’ the Guinea’s interim president said as quoted by Soccer 24.

The BBC claimed in October Doumbouya is among 25 Guinean officials the European Union has been threatening to sanction for alleged human rights abuses committed in recent years under President Conde.

Meanwhile, his country’s football team will look to defy their 40-1 odds when they begin their latest campaign against Malawi on January 10 at Bafoussam Omnisport Stadium Kouekong in Cameroon.

Katsina: Masari To Lift Ban On Telecom Services Before January

COPA BARRY Official: If you haven't studied, travel.  Anyone...

Meet Ablie Jallow – The First Gambian Scorer At The TotalEnergies...