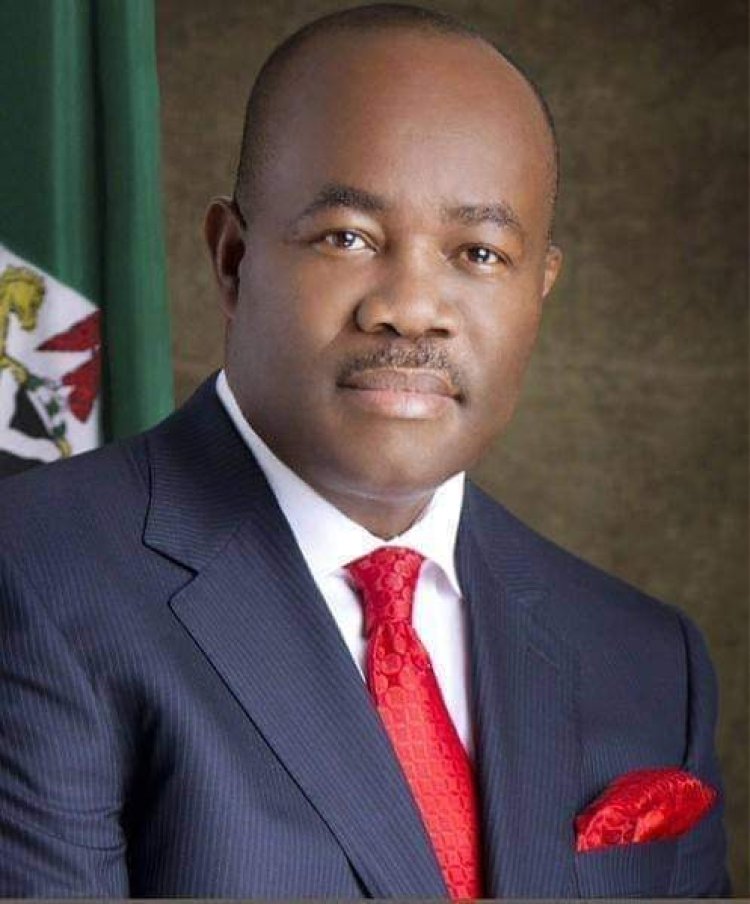 Senate President Ahmad Lawan’s name is not in the final list of contestants published by the Independent National Electoral Commission (INEC).

Lawan and Bashir Machina have been locked in a long drawn battle over the ticket of the ruling party for Yobe North which Lawan currently represents.

However, Godswill Akpabio, former Minister of Niger Delta Affairs, made the list as the APC lolcandidate for Akwa Ibom North-West Senatorial District.

Earlier in the week, a Federal High Court in Abuja had ordered INEC to accept and publish Akpabio’s name as the candidate of the All Progressives Congress (APC) for the Akwa Ibom North-West District for the 2023 elections.

The Independent National Electoral Commission (INEC) on Tuesday published the final lists of presidential and National Assembly candidates of the 18 registered political parties in the country.

Daily Trust reports that the National Chairman of the APC, Senator Abdullahi Adamu, had warned that Machina risked severe sanctions if he refused to relinquish his ticket to Lawan.

He, however, tried unsuccessfully, to reclaim the Yobe North Senatorial District ticket won by Machina.

Adamu claimed that the party is supreme and that it reserves the right to decide who gets its ticket in any election.

In the final list published on Tuesday no candidate was published for Yobe North as the space was blank.

However, in Akwa Ibom, Akpabio, who also contested and lost the APC presidential primaries, was declared the winner of another primary.

His name was published as the APC candidate for the Akwa Ibom North-West, with INEC remark stating ‘Court Order’.

National Commissioner and Chairman, Information and Voter Education Committee of INEC, Festus Okoye, said the commission at its weekly meeting held on Tuesday approved the final list of candidates for national elections (presidential, senatorial and federal constituencies) pursuant to Section 32(1) of the Electoral Act 2022 and item 8 of the Timetable and Schedule of Activities for the 2023 General Election.

Okoye said the publication of the full names and addresses of all nominated candidates follows the political parties’ conduct of primaries and completion of the nomination exercise.

He also said that at end of the process, the personal particulars of all nominated candidates were displayed in their constituencies nationwide as provided by Section 29(3) of the Electoral Act.

“Subsequently, validly nominated candidates had the opportunity to voluntarily withdraw their candidature by notice in writing and personally deliver such notice to the political party that nominated them for the election.

“Thereafter, political parties substituted such candidates under Section 31 of the Electoral Act for which the last day was 15th July 2022 for national elections and 12th August 2022 for state elections as clearly provided in item 6 of the Commission’s Timetable and Schedule of Activities. Thereafter, no withdrawal or substitution of candidates is allowed except in the event of death as provided in Section 34(1) of the Electoral Act or pursuant to an order of a court of competent jurisdiction.

“The list published today (Tuesday) contains the names of candidates validly nominated for national elections at the close of party primaries and the period earmarked for withdrawal and substitution of candidates,” Okoye said.

He said that the final list of candidates for state elections (governorship and state constituencies) will be published on 4th October 2022 as already indicated on the Timetable and Schedule of Activities for the 2023 general elections.

He said, “We note the fact that not all the political parties conducted primaries in all the constituencies, submitted the particulars of candidates that emerged from valid primaries or substituted their candidates after fresh primaries within 14 days as provided in section 33 of the Electoral Act.

“This has led to numerous litigations, some of which are ongoing. Where the commission was served with Court orders by aggrieved aspirants or candidates before the publication of this list, these have been indicated under the remark column.”

He also said that in summary, all the 18 political parties have fielded candidates and their running mates for the presidential election and that for legislative elections, 1,101 candidates are vying for 109 senatorial seats and 3,122 candidates for federal constituencies that is house of representatives seats, making a total of 4,223 candidates contesting for 469 legislative positions.

He urged all political parties to channel any observations on the list of candidates to the commission and such must be signed by the national chairman and secretary of the political party and supported with an affidavit as provided in Section 32(2) of the Electoral Act 2022.