Boko Haram No Longer Has Authority Over Any Territory – Enenche 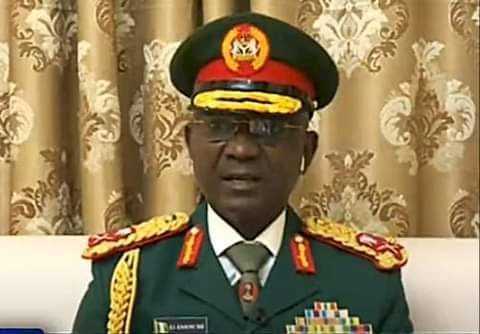 The Coordinator Defence Media Operations, Major-General John Enenche has said that Boko Haram insurgents no longer have authority over any part of the country, especially in the northeast where the insurgents once had a stronghold.

Speaking on Channel Television’s Politics Today on Friday, Enenche explained that what the country now has are remnants and a weakened enemy (Boko Haram and ISWAP fighters).

“They are moving from bush to enclave and enclave to bush and no longer have any authority or sovereignty on any territory in the northeast and by extension, to Nigeria,” he said.

The comments come on the same day that the nation marked the Armed Forces Remembrance Day, in honour of the fallen heroes of the military.

While the nation continues to record some successes in its insurgency war, many have faulted the government’s claims of its success, even as many, including frontline officers have had to pay the supreme price.

Still, the government has severally reiterated that the insecurity fight under the current administration has been far more progressive than in previous governments.

General Enenche also restated this position on Friday, noting that “the Armed Forces of Nigeria made a lot of progress last year in the area of packaging itself to further the defense of this country.”

“As of 2015 before this administration came on board, at least 17 and 20 local governments were strongholds of the insurgents… by 2016 the whole of the northeast was recaptured and the government took back full authority,” he said.

He also spoke about welfare packages for families of the fallen heroes.

We’re Officially In Imo State To Stop Unknown Gunmen Since...