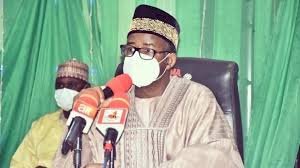 The Bauchi State Government has vowed to prosecute all those involved in farmers and herders ’ crises in the state to serve as a deterrent to others .

The governor , Bala Mohammed , stated this on Tuesday while receiving a report of the Administrative Committee of Inquiry set up by the state government to look into the dispute between herders and farmers caused by land – use abuse and illegal allocation in all the 20 local government areas of the state .

He said the government would establish an implementation committee that would re- establish cattle routes and acquire lands that had been illegally taken away by some stakeholders in the state .

Mohammed said , “ It is a shame that in this century , when our forefathers have done so much to establish the cattle routes , with beacons, coordinates and reserves , so that they can provide sustenance for us when we come back . But sadly , our environmental sustainability has been destroyed , and sometimes , they are just wantonly acquired without any use for the beneficiaries . So this attitude that is terrible must be reversed .

Soldiers dragged Benue warlord, Gana, out of govt convoy before he was killed –...