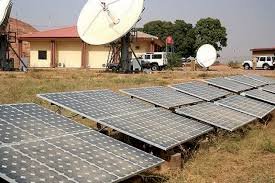 Honestly, the Nigerian conservative gene could be perplexing and dominant. We are so attuned to blackouts that we cannot see the light in the message of the Messiah alternative energy.

I can understand the masses or factory owners complaining about increased tariff on electricity. But I cannot figure out why people of reasonable fortune would continue to suffer darkness or allow anyone to exploit them on this account in a country of abundant sunshine and crushing cost of solar energy installation.

I faced the same situation two years ago. I was lured by our local manager, “NEPA”, into installing a digital meter. He claimed that he was doing me a favour by reserving one for me. After the installation, payment of the units started and within a month, my house, not factory, was consuming north of N45,000 on home lighting, heating and appliances, seven times the charge on the old NEPA meter. My complaint to the headquarters in Jos fell on deaf ears.

Though I must confess here that my house is fairly large. It is three houses in fact, each loaded with deep freezers, refrigerators, heaters, TVs and a very bad culture of electricity wastage like any Nigerian house. Yet, coming from the era of cheap electricity that I have been enjoying for decades, gaskiya, N45,000 monthly could not find accommodation in my mind. For an advocate of technology, the rebel gene in me was already instigating me go solar. That appeal met my short fuse and the two combined to assassinate “NEPA” in my house.

I immediately called for a quotation, paid and got the necessary equipment for solar energy installed after a standard survey of our consumption rate was done by an expert for a month. Instantly, we started enjoying uninterrupted power supply, 24/7. After a month of smooth electricity flow, I decided to celebrate the new baby technology by burying NEPA in the most brutal way.

“Ku nemo mun Ali NEPA”, I directed my ever active PA, Sani. Getting the disgruntled former NEPA laid down staff, Ali, was not a big deal. He harbours so much bitterness against his old organization that terminated him without any benefit, kudin sallama. His complaint never seizes on the matter. And no doubt, I cannot find a better partner than him in this glorious job of cremating the electricity company in my house.

Ali NEPA arrived. “Ali, do you see those NEPA supply cables?” I asked him, pointing at them with excitement. “Drop them, coil them and take them to the store,” I ordered him. “An gama, yallaboi (Done, sir)” Ali answered. And to Sani, I said I did want to see any of the poles standing by evening. My factory Manager, Mr Timothy, was doubting if it was the right decision. “Sir, what if…” he started to infect me with his doubt. I could not allow him to finish the sentence before interjecting, “What if what? We will have light so long as the sun would rise from the east. On the day it will fail to rise, we will be so preoccupied with the apocalypse events that electricity will not be on our minds. Besides, we have the factory generators. They can supply us in the interim whenever a problem arises with the solar system.” Turning to Ali, I said, “Ali, go ahead.”

Within minutes, Ali dug the grave and buried “NEPA” without any funeral prayer. Sani did his job. The poles leading to the meter were removed and placed out of sight. The only standing relic from the ancient era of NEPA and the digital conspiracy to rob me of N45,000 monthly was the old and new miserable meters and the pole the latter was attached to.

Now, if a poor man like me can do this, what stops millions of our elite and organizations who are equally or richer from assassinating “NEPA” in their homes and offices as many banks are doing now? To live in peace and enjoy the bliss, branches of banks today are installing solar power, keeping a standby generator should the need arise and disconnecting their buildings from the national grid completely.

Let us all embrace solar and other alternative sources of energy. That is the trend even in the US, where electricity was invented. Over 40% of new homes there are solar powered – and the number keeps rising. I wonder why people would build N50million – N500million homes in Nigeria and fail to use just a fraction of that to install extensive solar power that will hardly fail them. A house of N7million to N10million will not need more than N1.5m to install solar power it needs. A single to few solar panels, a battery and a small inverter is enough to meet the lighting and entertainment requirements of the average Nigerian homes. The good news is that solar energy is becoming cheaper by the day. From 1976 to date, solar panels have gotten cheaper by 300 times! We started buying SIM packs at N25,000 and within a decade, they crushed to N200.

The Fate of NITEL

Very soon, “NEPA” cables will suffer the fate of NITEL’s. Oh, our old tormentor, NITEL! May you continue to rest in pieces. Torn by anger one morning in 1998 at the old NITEL District Office, Zoo Lane, Jos, after failing to find an official to receive our complaints, I prophesizing to my listeners among dozens of other stranded complainants that soon will this place become bygone, inhabited only by lizards and ghosts. GSM will come and salvage us soon, I predicted. The prophesy came to pass. NITEL is no more.

And so shall most domestic consumers of electricity be liberated from the tyranny of the DISCOS, the out-of-wedlock children of NEPA. Only factories using heavy electric motors will continue to need the DISCOS for a while. In the end, those factories too will gain their independence, for the possibilities of alternative energy in an ever innovative world goes beyond our imaginations. The DISCOS can do their wish now, but the day of reckoning will come soon.

So let whoever can afford defy the appeal of the conservative gene and invest in solar energy. Uninterrupted power is exhilarating. You light the house, watch the shows, heat the waters, cool the freezers, charge the phones and computers, all in total silence and freedom without panic of a blackout or an outrageous bill. Be bold and go for it.

Governments, companies and engineers should also adopt the solar alternative. In carrying out renovations or fresh constructions, a component of solar power should henceforth be included, always. In education for example, lighting offices, hostels, classrooms, computer labs, hostels and dining halls will revolutionize learning as it will allow schools to adopt ICT and enable students the chance to study all day. (The ongoing renovation of GSS Zaki in my mind. My governor should be ready to receive a new memo.) It is a shame that commissioners and even government houses still depend on DISCOS and generators. What they spend on diesel in a year will go a long way in installing solar power. Let them embrace the sun and enjoy a clean and uninterrupted power.

Our graduates of electrical engineering should go for the opportunities that alternative energy provides. They should form firms, go house to house to spread the gospel and share in the installation market. Let them join my engineering graduate daughter, who could not find an office job in Kano, but decided to join the solar business. Last week, she bought a cloth material for me, saying, “Baba, this is from my first solar project.” May God bless the business of all disciples of alternative energy like her. The same prayer goes to graduates of other fields, who start something in their fields of specialization – agriculture, media, languages, engineering, law, sciences, medicine, education, business management, accounting, etc. – without waiting for an office employment that will not come in a decade or more.

The clean Messiah – alternative energy – is already here. The liberation has begun. We only need to listen to him, believe him and embrace him wholeheartedly.