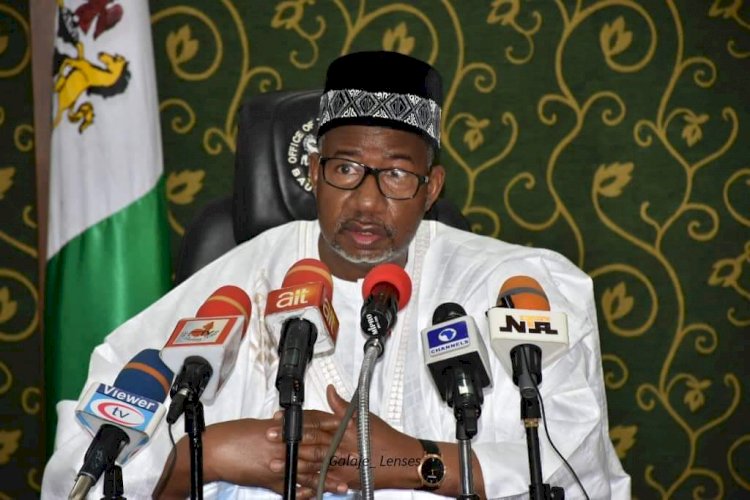 Bauchi State Police Command says it has arrested Five staff of the Bauchi State Local Government Pension Board over allegations of pension scams, fraud and forgery.

The PPRO stated that “On the 12th of September, 2020. at about 1300hrs, a letter of complaint was received from the office of the Executive Governor of Bauchi State, signed by the Private Principal Secretary (PPS) to the Governor, Musa Mohammed Kirfi”, against some suspects.

The statement mentions the suspects to include; Mohammed B. Mohammed Auditor of the Board, Musa Bappayo, Computer Operator of the Board and Samaila Musa who are all staff of Local Government Pension Board.

The PPRO further stated that “The letter was received through the office of Commissioner of Police for discrete investigation after which the suspects were said to have confessed to having inserted 7 illegal beneficiaries’ names on the pension payroll.

“The names illegally and fraudulently inserted are: Mohammed Namamu (AKA MUHAMADUN FAIZA, UNITY BANK); Abubakar Muazu (ACCESS BANK) who were the candidates/Beneficiaries introduced by Samaila Musa aged 38 years of Federal Low-cost who inserted the names of non-civil servant of the state and are receiving N65,000 and N85,000 per month for the period of 18 months which accumulated to N2, 700,000.

The release also stated that one Umar Mohammed Madara aged 49 years of Ibrahim Bako quarters has one candidate, who receives N120,000 per month for the period of 6 months which accumulated to N720,000.

The PPRO added that all suspects have since been arrested while investigations are in progress to arrest other suspects who are at large.

It will be recalled that the state government has raised alarm of a large-scale of fraudulent activities going on in the civil service which drained the State’s resources.