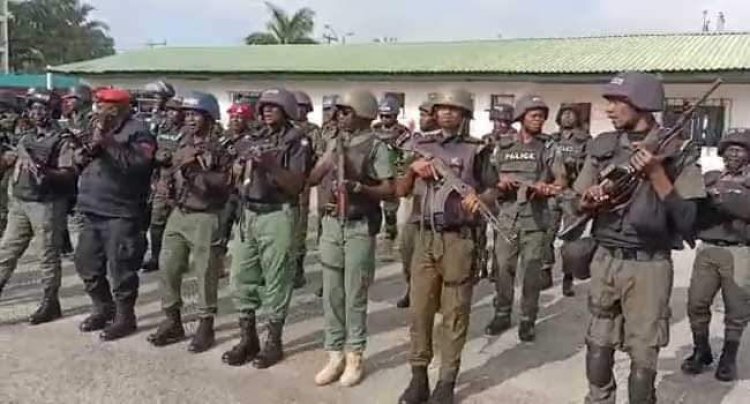 The Inspector-General of Police, Usman Alkali Baba, has deployed additional policemen to boost security along the Abuja-Kaduna Highway and tackle banditry and kidnapping.

Addressing the personnel on Wednesday at the Force Headquarters shortly before their deployment, the Commissioner of Police in charge of Police Mobile Force, CP Matthew Akinyoshola urged the mobile policemen to be vigilant and alert at all times in their areas of responsibility.

He warned the Policemen to be civil and firm in the performance of their duties while dealing decisively with all persons threatening the peace and security of the nation.

The Abuja-Kaduna highway has been experiencing series of attacks by bandits who maim and kill innocent motorists as well as kidnap residents of the area.

Despite repeated assurances by the Federal Government and the Kaduna State Government, with the deployment of security operatives, including soldiers, the bandits have continued to have a field day.

On Sunday, no fewer than 36 people were kidnapped by bandits who attacked four communities in the Kajuru Local Government Area of Kaduna State.

Residents of the area told security agencies that the constant attacks have affected their means of livelihood, as they can no longer go to their farms to avoid being killed or kidnapped by the bandits.

They appealed  to the Federal Government to establish a military base in Kajuru as the only way the security situation could be addressed.

Boko Haram No Longer Has Authority Over Any Territory –...