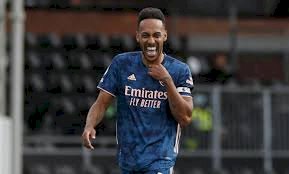 One year away from the end of his contract, Arsenal captain Pierre-Emerick Aubameyang has extended his adventure with the Gunners until 2023.

Author of 111 matches (including 72 pawns and fifteen caviars) since his arrival in January 2018, the 31-year-old striker is one of the basic men of his coach Mikel Arteta. The 31-year-old forward had only a year to go and his club later confirmed the news saying he signed on until 2023.

The Gabonese striker will also surpass Mesut Özil and his 350,000 pounds (380,000 euros) weekly salary to become the club’s highest-paid player, also say the British press, without giving the exact amount of his income.

Community Shield: Sadio reveal in search for a new trophy

Messi: 2022 World Cup Will Surely Be My Last

As a 14-year-old, Ebrima Darboe left Gambia without his...