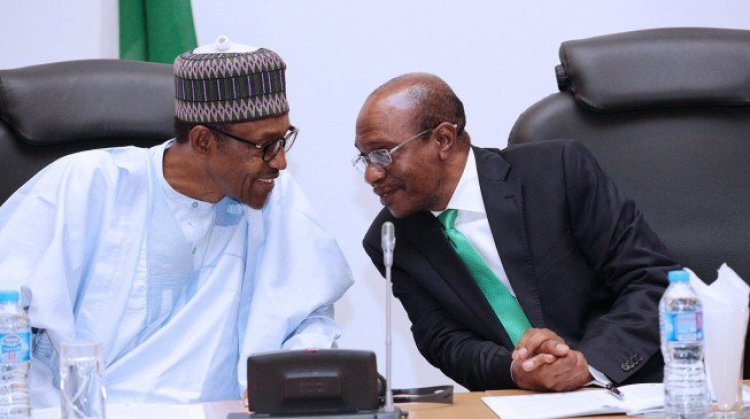 Mr Emefiele’s visit to the Presidential Villa, which had so far doused the tension in the apex bank, was the first since he resumed work at the CBN after his leave on Jan. 12, 2023.

It was speculated that the CBN governor had travelled out of the country amidst fears he would be apprehended by operatives of the SSS over several allegations against him, including terrorism financing.

However, the SSS dismissed such allegations, including online reports that its operatives on Jan. 16 invaded the headquarters of the CBN and took over the office of the governor of the apex bank.

The CBN governor is believed to have presidential backing on the Naira redesign and withdrawal limit policy introduced by the apex bank in December 2022.

Mr Buhari had earlier in the week departed for Nouakchott, Mauritania, where he received “African Award for Strengthening Peace’’.

The President was honoured for his leadership role in promoting peace on the continent, through regular inventions, counsels and conciliatory position.

Apart from the international recognition for serving Nigeria and the larger interest of peace in Africa, the Nigerian leader also participated in the Programme of the Third Forum of the African Conference for Peace.

He recalled Trump asking him: “why are you killing Christians in Nigeria,” and how he proceeded to tell him that the issue in the country was not religious but rather criminal, and a usage of religion by some elements to further their economic, and sometimes, political interests.

Mr Buhari also met with President of the Abu Dhabi Peace Forum, Shaykh Abdullah Bin Bayyah, on the sidelines of the African Conference for Peace, held in Nouakchott, Mauritania.

Shaykh Bin Bayyah commended the efforts of the Nigerian leader to eradicate religious extremism, stressing that ”it is something the world must collaborate to do.

“You are doing a great job in that regard, and it is something we need to do wherever such rears its head round the world.”

Mr Buhari later hosted Governor Abdullahi Sule of Nasarawa State, who was on a ”thank-you” visit to the Presidential Villa Abuja on Friday.

The governor, who spoke to State House correspondents after the meeting with the president, said the chances of the All Progressives Congress, APC, to retain political power at the national and Nasarawa State levels are “bright and excellent”.

Mr Sule said: “Is it formula or what are the chances? They are two different things. Formula, I cannot tell you, but chances are bright, our chances are excellent, both at the national and at the state levels.”

The president ended the week under review with a closed door meeting with the Chairman of the National Population Commission, NPC, Nasir Kwarra.

Mr Kwarra told State House correspondents after updating the president on the activities of the NPC that March 29 to April 2 had been fixed for the conduct of the National Census across the country.

He reassured that the commission would ensure a credible census.

The smart pharmaceutical and healthcare labels market is anticipated to grow at...