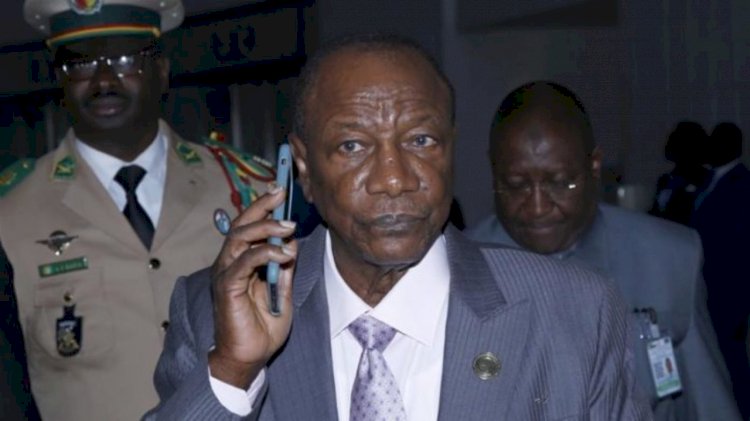 Guinea’s octogenarian President Alpha Conde said on Wednesday he would be the candidate of young people and women in October’s election, confirming his party’s announcement that he would seek a third term.

Conde’s candidacy has drawn fierce criticism from his opponents, who say he is violating term limits. They called for fresh protests after his party announced on Monday that he had accepted its nomination to run.

Demonstrations over the past year – both before and after a March constitutional referendum – killed at least 30 people. Conde says the new constitution acts as a reset button on the two-term limit, entitling him to two more six-year terms.

“We can’t do anything in Guinea without women. I will be the candidate of young people and women,” Conde told a video conference of female political activists on Wednesday.

Conde, 82, was a leading opponent of Lansana Conte, who ruled Guinea after coming to power in a 1984 coup until his death in 2008. Conde was first elected president in 2010, raising hopes for democratic progress.

His opponents, however, accuse him of cracking down on dissent and following in the footsteps of other African leaders who have altered constitutions in order to stay in power.

Neighbouring Ivory Coast’s President Alassane Ouattara will also stand for a third term in October, relying on a recent change to that country’s constitution.

Conde’s supporters say he needs more time in office to pursue his agenda of modernising the country, Africa’s largest producer of the main aluminium ore, bauxite.

France’s foreign ministry said on Tuesday it was concerned about possible violence during the election in its former colony, but stopped short of criticising Conde’s decision to run again. (Reuters)