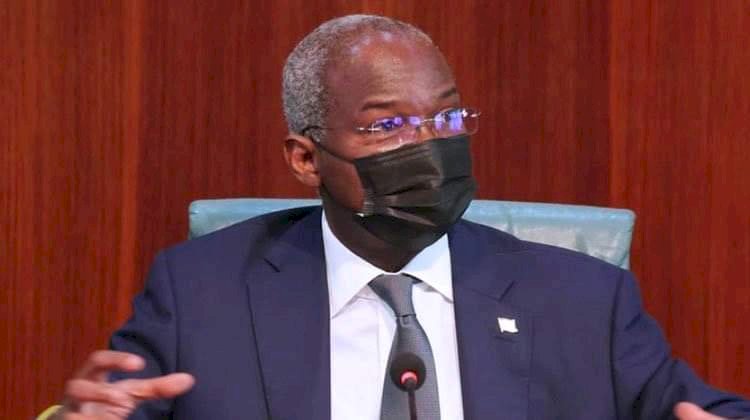 The Federal Government will commission the 2nd Niger next year, the Minister of Works and Housing, Babatunde Fashola, has said.

Fashola said this on Tuesday during an inspection visit of the Anambra State axis of the bridge.

He said the bridge would be completed from a revised Federal Government budget.

He said, “I’m impressed with the work done.  By February, the bridge will be linked from Asaba to the Onitsha end and sometime next year, the entire project would be commissioned.

The Federal Controller of Works in the state, Adeyemo Ajani, said the bridge had reached 80 per cent completion while the entire project had reached 70 per cent.

He said the 11.9 Km Owerri Interchange road linking the bridge from Onitsha end to Asaba in Delta State was almost completed.

The Federal Government, it was gathered, had so far released N116.72bn for the project valued at N414bn.

It was also gathered that the project was awarded as a ‘lump sum contract’ without provision for cost variation.

The contract was awarded by the President, Muhammadu Buhari (retd.), in 2018.

The minister had earlier visited the Federal Government Secretariat in Awka, the Anambra State capital, under construction and said that it would be completed in October subject to availability of funds.

In a related development, the Federal Government has expressed optimism that despite the initial delays, the Bodo-Bonny Road project in Rivers State, now valued at N200bn would be completed.

Fashola, who was on a working visit to the state, said this while speaking with newsmen shortly after inspection of the project on Tuesday.

He said the project which was previously to gulp N120bn would now cost N200bn due to a pipeline crossing bridge which required more work to be done to avoid damage to the oil facility.

Fashola describe the project as historic following the grounds covered since it was started over three years ago, just as he slams international oil companies that operated in Ogoni land without ensuring that the area was developed.

“We are in Ogoni land for those who can’t come here. So this in one of the places where oil has been extracted from many decades. But many of those who did it did not think it fit to make this kind of investment.”

The minister said such projects underscored the President’s determination to lift millions of Nigerians out of poverty.

Kannywood Actress Sued For Failing To Act In A Movie She...