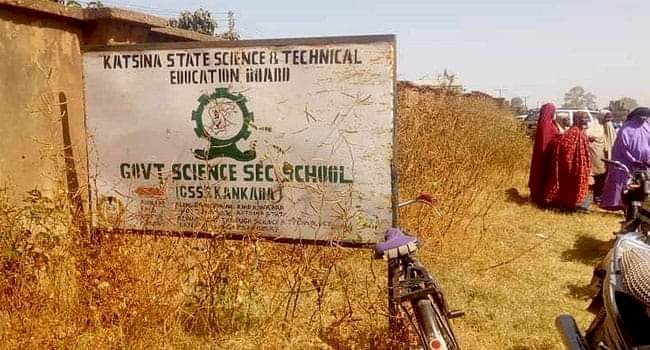 Katsina State Governor Aminu Masari has disclosed that 17 of the missing schoolboys kidnapped from a Government Science Secondary School (GSSS) in Kankara Local Government Area of the state have escaped from captivity.

Governor Masari who disclosed this in an interview on Monday evening said the schoolboys were found and have been reunited with their families.

He added that efforts have been intensified to rescue the remaining schoolboys still in captivity, safely.

“As at today (Monday), information available to me shows that 17 of the missing children have been found. 15 of them were found around Dinya in Danmusa, I was informed by the DPO. One other was found through them and the last, the father called that his son has returned home.

“All these missing children who have been found have been reunited with their families since we have shut down the schools,” Masari said.

He said that the victims escaped unconditionally and one of the abducted children’s father, who is also a teacher at the school was contacted by the captors who warned that security forces should stop using helicopters around their hideouts.

“I was told that they spoke with a teacher whose son was also kidnapped that the bandits said the helicopter should stop roving and that they will collect ransom but they didn’t specify. And so they ended the call.

“Majority of the missing children are in the forest in Zamfara. But God willing, the children will be returned safely,” the governor added.

He said that the bandits however ordered that adequate money should be earmarked and budgeted by those concerned pending the completion of the ongoing rescue mission.

The governor, therefore, solicited prayers and urged the parents to remain calm and patient as “we are doing everything possible to rescue the children.”

Police authorities said they received a report of the attack around 11:30 pm and were told the bandits were armed with AK-47 rifles.

Initially, there were conflicting figures as to the number of students abducted during the attack but two days after the incident – Sunday – Governor Masari confirmed that 333 schoolchildren were missing from the school.

“We are still counting because more are coming out from the forest and we are calling through the numbers those parents that have phone numbers to find out whether or not their children have gone back home,” he said when he received a federal government delegation led by the National Security Adviser, Babagana Monguno.

The attack prompted the Katsina State Government to order the closure of all boarding schools in the state, a move aimed at forestalling similar occurrence.

Masari also on Monday told President Muhammadu Buhari that the abductors have contacted the state government.

He explained that security agencies had located the position of the children and expressed optimism that based on efforts made so far, “the outlook is positive.”