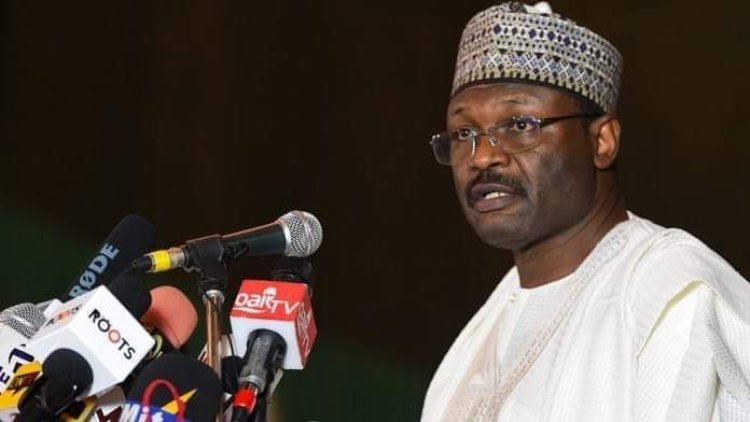 The Independent National Electoral Commission, INEC, has reassured Nigerians that there is no going back on the deployment of the Bimodal Voter Accreditation System, BVAS, for voter accreditation as well as the transmission of results to the INEC Result Viewing Portal, IReV.

The INEC Chairman, Mahmoud Yakubu, who gave the assurance in a statement he personally signed Wednesday, also appealed to eligible voters to participate in the ongoing display of the Register of Voters for claims and objections, as well as a collection of Permanent Voter Cards, PVCs.

He said, “It is exactly 100 days today before polling units open at 8.30am on Saturday 25th February 2023 for national elections (Presidential and National Assembly) and two weeks later, on Saturday 11th March 2023 for State elections [Governorship and State Houses of Assembly].

“Once again, another general election is upon us, the 7th since the restoration of democracy in Nigeria in 1999. Over the last 23 years, we have made steady progress in the twin areas of electoral reform and election administration.

“Although a lot of work still lies ahead, it is generally acknowledged that our elections are getting better and citizens’ confidence in the process is increasing.

“As I have said repeatedly, the Commission’s allegiance is to Nigeria. Our loyalty is to Nigerians who want free, fair, credible, and verifiable elections supported by technology, which guarantees transparent accreditation and upload of polling unit results for citizens to view in real-time on Election Day.

“It is for these reasons that the Bimodal Voter Accreditation System (BVAS) and the INEC Result Viewing Portal (IReV) were introduced. There is no going back on the deployment of BVAS and IReV for the 2023 general election.”

Mr Yakubu also disclosed that the commission would commence a bi- weekly media briefing to keep citizens abreast of its preparations ahead of the polls.

“Similarly, we will continue with our regular engagement with political parties, civil society organizations, the media, and other critical stakeholders.

“Above all, Nigerians deserve the right to know about the progress we are making and the challenges (if any) we confront in our preparations for the general election.

“Accordingly, in a couple of weeks, the Commission will start bi-weekly media briefings, followed by weekly briefings as we get closer to the election. In the week leading to the election, there will be daily briefings.

“I seize this opportunity to call on all citizens to participate fully in all electoral activities, particularly the ongoing display of the Register of Voters for claims and objections, as well as collection of Permanent Voters’ Cards (PVCs).

“I also call on political parties and political leaders to conduct their campaigns peacefully, eschewing divisiveness, rancour and violence.

“As Nigerians are aware, election is a multi-stakeholder activity. We wilI continue to play our part diligently and conscientiously.

“We appeal to all stakeholders and, above all, citizens to play their own part so that working together, we can have the elections that Nigerians yearn for, and which the world expects from us”.

No Going Back On Setting Up National Carrier – Sirika

Kano Edu Comm directs for the re opening of 6 Technical...