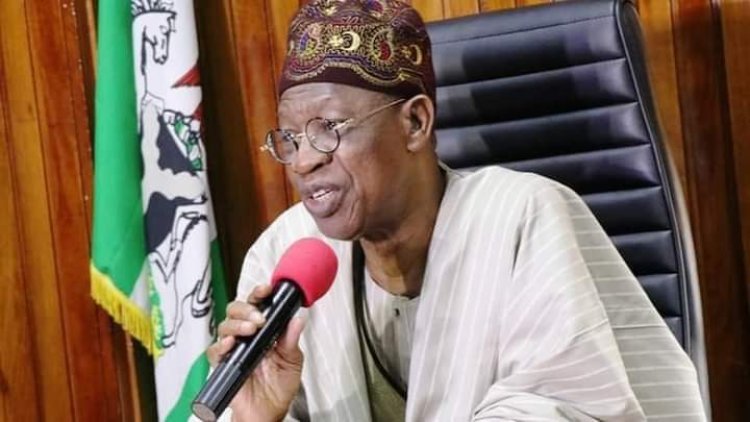 The Minister of Information and Culture, Alhaji Lai Mohammed, has described the threat to abduct President Muhammadu Buhari as laughable.

In a video released at the weekend, the abductors of train passengers in Kaduna threatened to kidnap and kill Buhari and Governor Nasir El-Rufai  of Kaduna State.

Addressing reporters after the Federal Executive Council (FEC) meeting presided over by President Buhari at the State House, Abuja, on Wednesday, the minister said the terrorists were also spreading propaganda.

On senators threat to impeach Buhari if the rising insecurity is not addressed within six weeks, Mohammed said the administration was on top of the matter, Mohammed said “resolution passed by Senators, as rightly said, it was passed when we were deliberating, but we thank them for their patriotism and their concern, but we are working round the clock, 24 hours, to ensure that the situation is brought under control.

“I want to assure you that the President is aware of all these and as a matter of fact, I think tomorrow there’s going to be another Security Council meeting.

So, it’s not a matter the President is taking lightly and like I’ll always, say some of the measures we’re going to take are not measure that you can discuss openly here, but we’re as concerned as you are, we’re not going to abandon our responsibility.

“We are doing everything possible to ensure that the whole nation is well secure and it’s a matter of time to see results. As to those who have issued threats to Mr. President, I think it’s more of propaganda than anything. It’s laughable.”