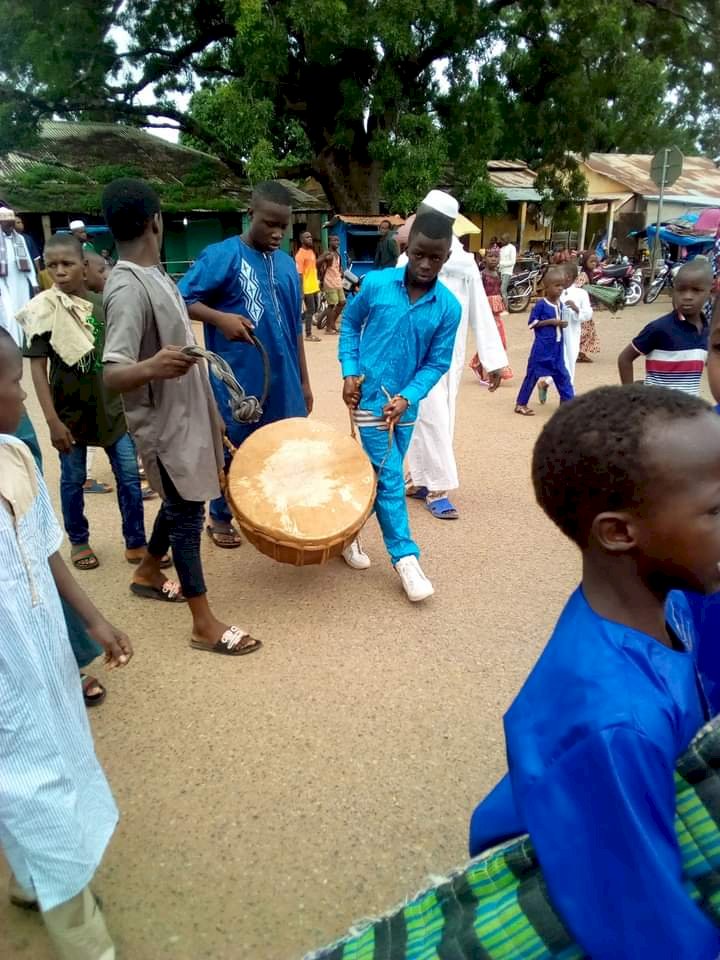 (Preparations for the battle in Fuuta Jaloo) As told by Farba Ebrima Njala (Oral historian).

Here he speaks about how Alpha Omar fought with Timbo, how he fought with Fuuta Jaloo. Almamy Omar son of almamy Abdoul, descendant of Ba Demba son of karamoko Alpha, whose father was call Sory. He fought with 33 states and won. By then Jankewaly has already started taking fulanis from their settlements to his empire some he sold as slaves others he kill them and cut off the heads. And used the brains from those heads as body lotion for himself and his wife. That's why almamy Omar took his battle to kaabu. He was not so lucky, because he was defeated mercilessly by Jankewaly. Most of his fighters were killed and their heads hang over the compound fences. And all over the trees in the surrounding areas as a show of victory. It was after that terrible battle, he decided to meet the great Sherman in Dallien for consultation. He told him I would like you to help and pray for me to win. Because I am heading to Kaabu to fight Jankewaly in Tourban, he really disturb the fulanis from Fuuta Jaloo. The Sherman agree prayed then told him victory is yours if you gather the warriors of Fuuta. It was on that day Jankewaly himself consulted his own Idol he laughed. Toura Sanneh asked him, what are you laughing? He told him these fulanis who eat sweet potato and yam from Fuuta Jaloo wants to wage a war against me I saw everything they're doing.

"Trouban" is a manding word for 'it's all finished' due to the hardship at the time nothing last enough/forever. Almamy Omar went to meet Alpha Ebrima (father of the famous Alpha Yaya who's mother is a daughter to Jankewaly of Tourban) son of Alpha Alieu. I want you to allocate half of Labe for my warriors around Fuuta to base. Alpha Ebrima told him Fuuta Jaloo is in your hands if you wish I can give you the entire Labe region. Later he divided Labe gave him a vast land, and asked him if that's enough? The place is called Darka Labe, until today that's how it's call right in the heart of Labe. Here is just enough for my people (warriors) they can base here. Letters were distributed to all the nine major settlements in Fuuta Jaloo. A letter went to, Cherno son of Kala in Dalada. Cherno's forces marched into Labe to answer the call of Alpha Omar. A letter was sent to Fugumba, a strong force came from Fugumba to answer to call. Another letter to Timbi Tunny, soldiers from Timbi answered. A letter went to Masse, they answered. His later reach out to Kebbu, it's forces move to Labe. The letter reach out to Segon, they answered with their forces. Another letter went to Burugi, soldiers answered to Labe. A letter went to koing etc. Saikou Salieu Balla of koing father of Cherno Ebrima who fathered Alpha Abdouraman koing. After this latter arrived in koing. Saikou Salieu Balla called people from Dembou in koing, he called people from kulunna in koing. He called others from Balla in koing.

He announced that we received a letter from the great almamy Omar. It says he requires a battalion of soldiers he is about to wage a war with Jankewaly of Tourban. He then told them, but; am afraid we will be disgraced this time in Fuuta. The gathering asked, why did you say that? He said, in koing today I don't have anyone that is worthy enough to answer to this call. No one can represent koing in this great battle, I cannot point out anyone that is capable. After consultation amongst themselves, they replied No we don't agree with that we still have strong forces for such a challenge. But what we see; since you're old, you'll prepared food put a bullet inside call your children to eat. Who ever found it will be in charge of the battalion. He did not opposed the proposition and went ahead with it.  He call all his children to eat in the same bowl. Non of them knew anything was in this food. After all his children including his grandchild Alpha Abdouraman Bah. As they eat till at the finishing stage Abdouraman found it; look at it then put it in his left hand. The others asked what is it? Nothing he said. After they completely finished and was about to leave, come back here! They were called. You finished eating didn't anyone of you found something in the food? After asking for the third time, he responded grandpa had it being you don't ask, I wouldn't have say anything but I found out something I never see before in my life.

A bullet in the food. The Old man became worried, he asked grandpa why are you so worried? The people of Labe wants to go to war they requested for help so I did this to find someone to lead our forces. But you're too young, you don't even had beard that's why I'm so worried. He said, grandpa has you power over what is destined to be? What shall be shall be. Grandpa responded, I know; but why don't you tell me you found a bullet in the food? He dodged the question, see no matter how young a cow is it's never afraid to spend the night in the bush. He said grandpa, without God there's nothing. God forbid, for me to become the one to disgrace koing, what God decides must happen it's not your fault God has chosen me. All those you wish to find the bullet did not but I did therefore its God's decision. Grandpa took him put him in a canoe for 13 days, day and night he was inside it right at the backyard. The day he came out he was like a frog, the only thing recognizable of him is he's bright smile and long nose. If he scratch his body dust will erupt. That day his grandpa looked at him for a long time then told him to go and sit down on a rock. Until when your food is prepared you'll eat. After he ate; he said, grandpa I want six things from you. Tell me what are they. Grandpa I want you to allow me to go with your spokesman (geriot) because going to war without a geriot is not enjoyable. You know in all my battles I always go with my geriot so that's not a problem.

Grandpa I want your horse, but it's more powerful than you. No don't mind about me grandpa just be worry about your horse. He was asked to claim on the horse when he did, he's legs couldn't reach where he was supposed to step in. And that was change to his comfort by a Smith. I want your sword, that sword has a double blade. Its wounds cannot be cured, it only move from its holster annually. Any time it is taken out blood will spill to the ground. Take it it's all yours in all my fights I never throw it and missed whenever I do a soul will be lost. Grandpa I want your war clothes; your hat, shirt and trousers. And finally I want a trustful slave. Look everywhere who ever you want as a slave among the slaves take him. He did just that the salve was called Semitie. He said grandpa now am done let's gather warriors and go. No there's one more thing said grandpa, you have to complete the Quran. You must memorise it all. Few days later after he was done when he got white scarf wrap around his head a sign of completing the Quran. Grandpa called the spokesman and everyone around. He called Yaya karakan and advised that, you must be very vigilant because Jankewaly is extremely dangerous, He fought with Musa molloh, he won. Alpha Abdouraman got on his horse and headed to Labe beating the drums. Donm! donm! donm! the sound as they gets closer to the Darka in Labe gets louder and louder everyone asked who is coming again. After carefully looking at the gathering it was realize koing is not around. Upon arrival he stepped down after he saw almamy Omar and salute him. He said koing did not come to help but to laugh at me. But when I comes back I will respond to them. He's spokesman said, if you are not welcome in the Darka of Labe I will welcome you.