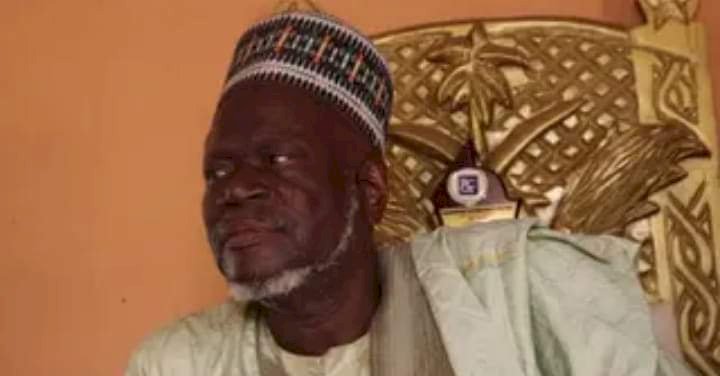 A  right man in an evil world.

A man who have never shy away from saying the truth.

A man who is being hated by many because of his braveness to defend the truth at all cost.

A man who has worked tirelessly with the security agencies to ensure the security of life and property of people of Oyo State.

A man who has the trust of the whole security agencies around for his ability to always bring out the evil elements among his people.

Emerging what it takes to have more than 11 cars in a Fulani village.

Emerging what it takes to have a nomadic school in a Fulani village Oyo state.

Emerging what it takes for a fulani people to adopt Yoruba as their spoken language even at home. Just as we have Hausa Fulani.

Emerging what it takes to have more than 15 graduates in a single Fulanis village in Oyo state.

Emerging what it takes for government of Oyo state to construct 2 boreholes in a Fulani village.

Emerging what it takes to have a milk collection Company in a fulani village in Oyo state.
These are to show you how far Sarkin Fulani Of OYO state has worked beyond ignorance.
A man who was honourably identified worth for the job and appointed by the number one King in the whole Yoruba speaking nation (Alaafin of Oyo). Therefore the attack on Sarkin Fulani of Oyo state by an ordinary thugs without any arrest, is a complete disrespect and disregard on him (Alaafin of Oyo).
Because the attack on him is basically hatred and xenophobic in nature.
This is completely Injustice, because of Tribalism, they have failed to consider that their fellow kinsmen are also living peacefully in the North. This country has failed the life of innocent Nigerians is nothing. Our lives are used in playing politics.