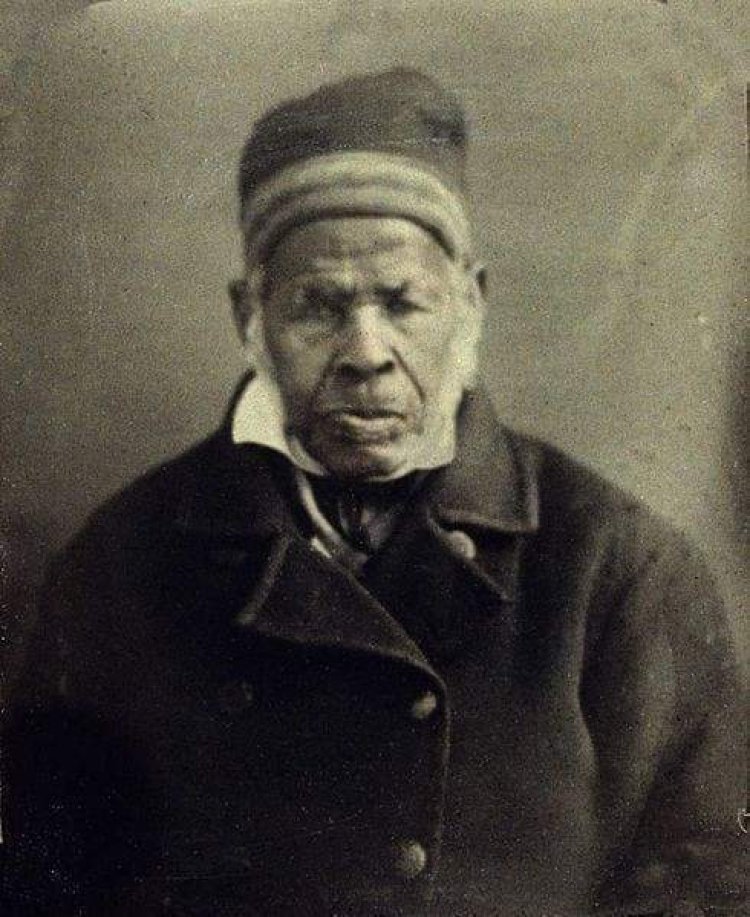 When examining the autobiography of the enslaved African Muslim, Alfa Umar ibn Sayyid, one can see that he left behind a clear picture of himself, his place of origin, his level of learning and what he thought about those who oppressed him. His Arabic Autobiography stands as a living testimony of the persistence of the will to BE and the rights of self-determination for the ‘lost children of Abraham’. 1

Umar ibn Sayyid composed his Autobiography in 1831 at the age of 61. He began his autobiography by recording from memory the entire Qur’anic chapter called al-Mulk (the Kingdom) or at-Tabarrak (the Blessing). It is the sixty-seventh chapter of the Qur’an revealed in Mecca during the early days of prophet Muhammad’s mission, upon him be peace. It comprises thirty verses. The Messenger of Allah, may Allah bless him and grant him peace used to recite it every night before retiring to bed. 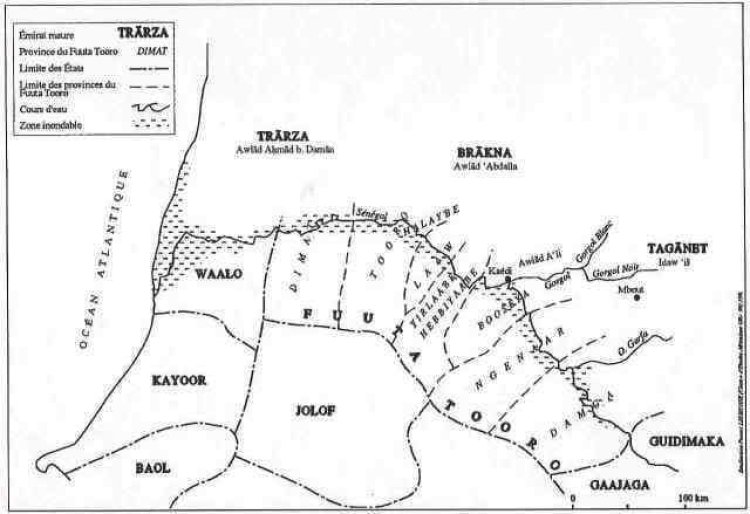 Modern academicians have pondered the reason why Umar ibn Sayyid, decided to record this early Meccan Sura. What was he trying to say to his would be readers? Who was he addressing by quoting these verses? Was it an attempt at proselytizing? Was it a veiled effort to call to account the souls of his captors?

The answer to these questions can be found in the religion that he dedicated himself to study for more than 25 years. There has been narrated many traditions concerning the benefits of this tremendous chapter of the Qur’an.

Among them are the words of the Messenger of Allah, upon him be peace on the authority of Ibn Abass: “It (al-Mulk) is the preventer. It is the redeemer. By it one is saved from the punishment of the grave.” 2

There are more narrated traditions that demonstrate the importance of this Qur’anic chapter and sheds light on the possible reasons that induce Alfa Umar ibn Sayyid to begin his Autobiography with it. He, may Allah bless him and grant him peace also said on the authority of Abu Hurayra: “Indeed there is a chapter from the Book of Allah which is only thirty verses, however it will intercede for a man and even bring him out of the Fire on the Day of Judgment and enter him into Paradise. It is the chapter called al-Mulk”. 3

When examining the level of education that Alfa Umar had attained in Futa Bundu, there is no doubt that he had come across these traditions. Thus, his evoking this Quranic chapter was a sincere call upon his Lord to redeem him from his captives and to assist him in the grave after death.

Here was a Turudbe’ Muslim who knew he would die and perhaps not be buried in accordance with the rites of Islam, so he did what any Muslim would do in that same situation: ufawwudu’l-amr ila Allah (‘leave the matter over to Allah!’)  The fact that Umar ibn Sayyid was able to remember this particular chapter after 26 years of intellectual discontinuance is proof of his faith in Allah and his continuity on the path of Islam, Iman and Ihsan. 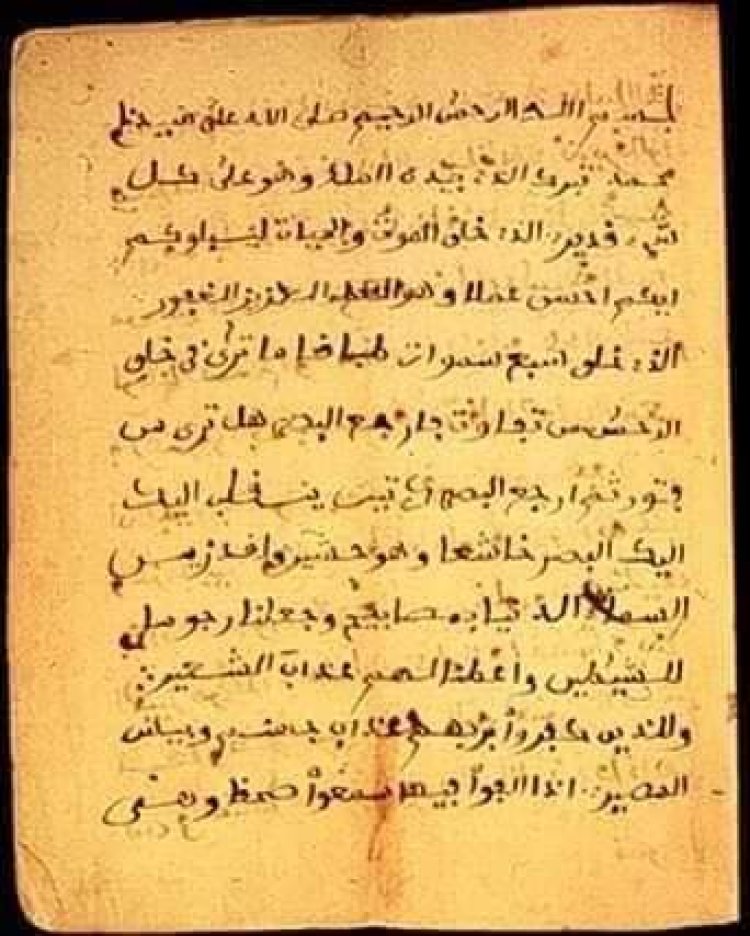 Umar ibn Sayyid tells us in the beginning of his Autobiography about the extent of the cultural genocide that took place against the Turudbe’ Muslims. He says: “I have forgotten most of my language as well as the language of Arabic”. 4

This is significant because reading and learning is an obligation upon every Muslim; as Ibn Maja related in his as-Sunan, on the authority of Anas ibn Malik that the Messenger of Allah, may Allah bless him and grant him peace said:

“Seeking knowledge is obligatory upon every Muslim and placing knowledge with people who are not deserving, is like placing diamonds, pearls and gold on the necks of swine.”

Education and erudition were the hallmarks of Muslim life in the bilad’s-sudan. Alfa Umar’s admission of the loss of his native tongue and the use of the Arabic language could have been the result of the lack of Muslim co-religionist to communicate with. This is doubtful because David Robertson points out the population of Turudbe’ Muslims in South Carolina was great. 5

Further, this lack of Muslim company would not have prevented him from writing down the Qur’an, and the other fundamental books on Islamic jurisprudence he had memorized in the bilad’s-sudan.

There had to be another reason for Umar’s testimony of the loss of his language, in spite of his many years of study and education. The answer can be found in the records of the captors and their laws designed to eradicate any vestige of civilization from the enslaved Africans. In North Carolina as well as South Carolina laws were passed in 1822 which declared it illegal for slaves to be taught to read and write. The penalty for so doing was capital punishment. 6

It is no wonder that Umar never got around to recording the knowledge, which he had gained for twenty-five years of ‘diligent study’. The admission of Umar also indicates the level of education of its author because he was a polyglot capable of conversing in many language, Arabic, Fulbe’, and perhaps Mandinke’ and Wolof, because these were the prominent languages spoken in the regions of Futa Toro, Futa Bundu and Futa Jallon. One can only wonder at the vast number of African Muslims who lost the use of their language and the sacred language of Arabic due to this genocide.

Prior to being kidnapped from his native land, Alfa Umar ibn Sayyid was linked with the leading personages responsible for consolidating government and Islamic reform in Futas Toro, Bundu and Jallo. During this period Cherno Sulayman Bal, a Qaadiri Sufi Shaykh, arose leading the Fulani Turudbe Muslims against the slavers.

This Cherno Sulayman Bal was also known as Sulayman Ka`ba, named after one of the provisional capitals of the Muslim federation that he founded. This was the ‘teacher’ referred to in his Autobiography. 7

Later another Turudbe Imam emerged as the Qaadiri leader, Chirnu Abd’l-Qaadir Kan. From 1776 until 1807 Abd ‘l-Qaadir led a successful Islamic state which united the Walo, Jolof and Cayor Muslims under a single banner. 8

The war that led to the defeat and destruction of this Fulbe’ Turudbe’ confederation in 1807, was the causative factor behind the capture and enslavement of Umar ibn Sayyid. 9  Thus, Umar ibn Sayyid was a highly educated African Muslim in accordance with the best standards of Islamic education available among the Fulbe’ Turudbe’ of Futa Bundu. He tells us in his autobiography that he studied for more than 25 years. 10

It was this dedication to learning, particularly in the didactic method of education which prevailed throughout the western Bilad as-Sudan, which gave Alfa Umar ibn Sayyid his sense of historical consciousness, his ability to define himself and his oppressors using his own frame of reference and his resilient psychological state that inoculated him against the debilitating chauvinism of Anglo-American civilization.

How Alfa Umar ibn Sayyid was able to maintained his African Islamic religion in the face of the psychological warfare of American slavery is a testament to the immunizing effect that Islam provides the believer who is steadfast in his/her faith.

أَحَسِبَ النَّاسُ أَن يُتْرَكُوا أَن يَقُولُوا آمَنَّا وَهُمْ لَا يُفْتَنُونَ * وَلَقَدْ فَتَنَّا الَّذِينَ مِن قَبْلِهِمْ فَلَيَعْلَمَنَّ اللَّهُ الَّذِينَ صَدَقُوا وَلَيَعْلَمَنَّ الْكَاذِبِينَ
“Do the people think they would be left alone saying ‘We believe’ and they not be tested and tried? We indeed tested those before them, so that Allah would know those who were truthful in their claim and to know those who were liars.” [29:2-3]

The Autobiography of Umar ibn Sayyid:

The french version of The Autobiography of Umar ibn Sayyid:‎

BREAKING: Emir Of Jama’are Dies After 50 Years On The Throne