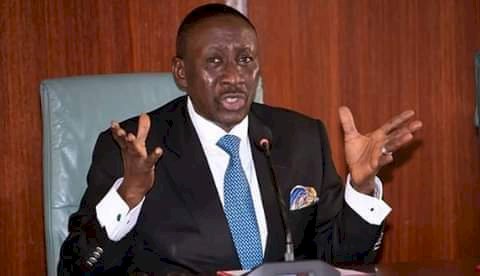 Munguno, who was represented by an official from his office, Sanusi Galadima, issued the warning during a meeting of the Inter-Agency Consultative Committee on Election Security in Abuja, on Thursday.

The PUNCH reported that in May this year, gunmen suspected to be IPOB members turned the South-East to a theatre of war.

Although security agencies accused members of IPOB of alleged complicity, the group denied the allegation.

Galadima said, “With the prevalence of security threats occasioned by different dissident separatist groups in the Southern region of the country, who are bent on scuttling efforts of government in achieving national cohesion and undermining the democratic processes in the country, the Federal Government of Nigeria will not tolerate any group or persons planning to impede smooth conduct of elections.”

He said while the government would continue to recognise the right of citizens to freely express their legitimate grievances within the law, it would not sit idly by and allow any group to threaten the peace.

The INEC Chairman, Prof. Mahmood Yakubu, said the commission had made arrangements to replace materials that were lost during the attack on its office in Akwa.

He said, “I am glad to report that we have made arrangements to replace all lost movable materials. Similarly, we are making efforts to rebuild the physical facilities which will be completed before the election.”

Use Your Wealth To Alleviate Poverty, Bishop Tells Pastors