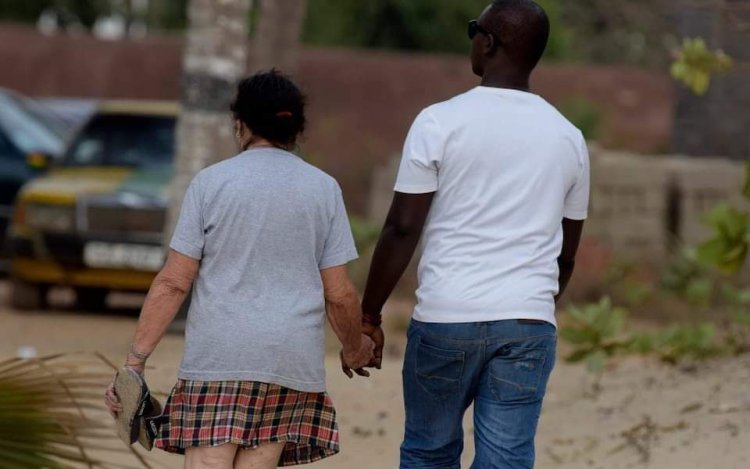 It is a common scene in The Gambia, a tiny West African country with a reputation as a sex haven for British grannies. The “Senegambia strip” near the capital city of Banjul looks like Africa’s Benidorm for pensioners, with old men and ladies dipping in and out of bars playing English music.

But local officials say the country now wants to change its international reputation and attract different types of visitors.

“What we want is quality tourists,” said Abubacarr S. Camara, director of the Gambia Tourism Board. “Tourists that come to enjoy the country and the culture, but not tourists that come just for sex.”

Most of the Gambian men who hook up with old ladies are motivated by the lack of jobs and low wages in the poor country. They can earn a monthly salary of around £200 in only a few days.

Known as “bumsters”, they scour white sand beaches looking for older women who also come from Holland, Sweden and Germany to meet the young men.

As the government seeks to rebrand its image, Mr Camara said it is targeting higher-end tourists and millennials – to move beyond older Brits, typically from working-class backgrounds.

A delegation of tourist officials visited the UK in June to speak with British Airways and TUI to boost flights from London to Banjul.

FG Worries Over Situation In Chad, Moves To Control Influx...