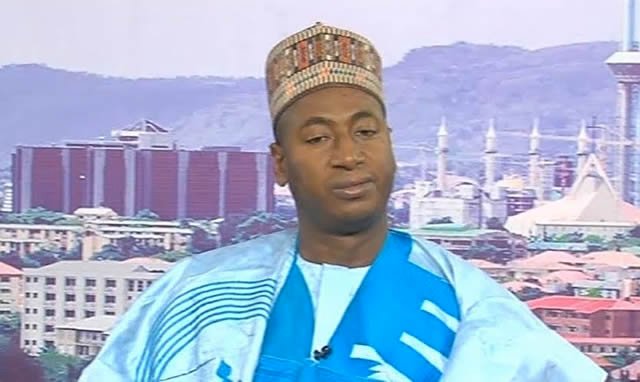 attacks on and loss of herdsmen and their cattle, saying it would never tolerate any act of injustice on herders.

The National Secretary of Miyetti Allah Kautal Hore, Mr Alhassan Saleh, stated these in an interview with Sunday PUNCH against a backdrop of the eviction notices issued to criminal herdsmen by some South-West groups and personalities.

Saleh said it was wrong to drive herders out of any part of Nigeria and that even if there were criminals among them, it was the function of the government’s security forces to identify and arrest them.

He said the eviction of herdsmen from the southern region of the country was a dangerous precedent and that the best way to solve the herders-farmers crisis was for state governments to provide ranches and grazing routes for the herders and their animals.

The Ondo State Governor, Rotimi Akeredolu, had in January asked all Fulani herdsmen to vacate the forest reserves in the state. He later issued a seven-day ultimatum to the effect.

The governor gave the order at a meeting with leaders of the Hausa/Fulani and Ebira communities in the state, saying the activities of the herdsmen had long been causing a threat to security in the state.

He said, “As the chief law and security officer of the state, it is my constitutional obligation to do everything lawful to protect the lives and property of all residents of the state. In the light of the foregoing, the following orders are hereby issued:

“1. All forest reserves in the state are to be vacated by herdsmen within the next seven days with effect from Monday, 18th January, 2021.”

The governor had also offered herders who wished to continue their business in the state to register with the appropriate authorities.

Akeredolu’s directive had generated criticism from the Presidency, which, in a statement by the Senior Special Assistant to the President on Media and Publicity, Garba Shehu, said the governor could not “unilaterally oust thousands of herders who have lived all their lives in the state on account of the infiltration of the forests by criminals.”

Nevertheless, some South-West stakeholders have also issued similar eviction notices to criminal herdsmen in the region, accusing them of kidnapping, rape, and farmland destruction, among other crimes in places like Ibarapa and Yewa in Oyo and Ogun states, respectively.

One of the prominent voices, Yoruba activist and Akoni Oodua of Yoruba land, Sunday Adeyemo (aka Sunday Igboho), also asked criminal herdsmen to leave the region.

However, Miyetti Allah Kautal Hore National Secretary, Saleh, said no group could evict the herders, vowing to resist any eviction from the South-West.

He said, “Nobody has the right (to evict herdsmen). If you say you are going to evict us, we will resist eviction. We have been surviving in harsh environments; if we do not resist, we will be wiped out of the planet. If you kill a herder, don’t go and sleep, we will revisit you, and it’s not because we hate your tribe. People attack herders, and in one way or the other, herders have found a way to retaliate.”

Also, Saleh said nobody could bar foreign herdsmen from entering Nigeria, saying most of the herders entering to the country once settled in Nigeria but relocated to other neighbouring countries like Ghana and Benin republics.

He said, “All those who travelled to the Benin Republic and others are coming back home. All those saying they will bar foreign herders from entering Nigeria are just playing to the gallery because if they are aware of the ECOWAS Protocols, they would know they cannot chase them away. That is why the position of the Bauchi State Governor [Bala Mohammed] is the true position. You have no right to evict anybody from any part of the country.

“Our number has increased recently because of the tension in Ghana and Benin republics. The ones in Benin Republic have integrated with the Yoruba in such a way that they speak the language. They were initially living in the South-West, and they are coming back,” he added.

Saleh described the eviction notice to herders as propaganda adding that “innocent” herders were becoming the casualties.

He said, “They expected a reaction from us, maybe by way of attacking other ethnic nationalities. But that is wrong because the herders they are attacking are the innocent herders. Are the criminals representing anybody? They are doing their criminal enterprise. Our own pain is that the people who are supposed to know are pretending as if they don’t know.

Saleh also asked governors to provide land for ranching for the herders as a solution to the continuous crisis, adding that the eviction of herders would only lead to wider consequences.

We aren’t ready to relocate to North –Miyetti Allah leaders

Similarly, the leaders of Miyetti Allah in some states in the South-East and South-South geopolitical zones have said they are not ready to leave the regions anytime soon.

The Northern Elders Forum had on Friday called on herdsmen feeling unsafe in the southern region of the country to relocate to the North.

NEF also asked northern governors to prepare to receive herders willing to return to the North.

But the South-East Chairman, Miyetti Allah Cattle Breeders Association of Nigeria, Alhaji Gidado Siddiki, said his members had nowhere else to go as they were comfortable doing their trade in the region.

He said apart from complaints by herders in only two states in the geopolitical zone, generally, the people and state governments in the region were hospitable to them.

Saddiki enjoined his members to be tolerant during these times.

He said, “In Ebonyi and Abia states, some of our people said they were going back to the North because of the challenges they were facing.

Saddiki said they had developed relationships with their host communities and that whenever cows destroyed crops on a farm, they usually compensated the farmer.

He said, “It’s not only in the South that there is a crisis. We have to tolerate and overcome any challenge that we face. We have a very cordial relationship with the people and leaders of the South-East. They are very hospitable because they provide a conducive environment for us to do our trade.

“Anywhere a farm is destroyed, leaders of Miyetti Allah and the community leaders will go and assess the damage, and the farmer will be paid adequate compensation on the farm that was destroyed.

“And if a cow is killed or stolen, the owner of the cow is paid the value of his cow. The south-easterners are very hospitable and we are generally comfortable doing our business here.”

“This will definitely create more frictions. To me, it’s not the best,” he said, however, adding that any herder feeling unsafe in a particular area should relocate to stay alive.

Meanwhile, the Seriki Fulani in Osun State, Alhaji Babatunde Ibrahim, told Sunday PUNCH that members of the Fulani community in the state were making efforts to identify and evict criminal herdsmen.

Ibrahim, however, said no Fulani herder was planning to relocate to the North because the state was their home.

He also said proper identification of herders living in the state remained the only way to prevent violent herdsmen from invading the state.

In a similar manner, the Ondo State chapter of MACBAN said its members were still in the state and doing their legitimate business.

The state chairman of MACBAN, Alhaji Garuba Bello, said, “I cannot follow what some elders in the North are saying. I don’t know the Northern Elders Forum. I only know the leaders of my own group (MACBAN) and my leaders have not said anything like that. Apart from that, my members are safe here.”

But the Fulani community in Ebonyi State said it would not hesitate to encourage herdsmen who felt insecure in the state to relocate to the North.

The Eze (King) of Fulani Community, Ebonyi State, Alhaji Ibrahim Idris, said, “What are we still doing here if my people begin to feel uncomfortable and unsafe?

“I would rather ask them to go back to the North, where we come from. I think it would be better that way.”

Meanwhile, the Yoruba Council of Elders and the Oodua People’s Congress have insisted that criminal Fulani herdsmen and criminals from other ethnic groups will not be allowed to wreak havoc on the South-West.

The Secretary-General of the YCE, Dr Kunle Olajide, who spoke on behalf of his group with one of our correspondents on Saturday, said the region had been under the siege of killer herdsmen, kidnappers, vandals and others, but vowed that an end must come to these.

He said the Yoruba people were unanimous in their resolve to rid the region of hoodlums who had made life unsafe for residents, saying anybody who wanted to live in the South-West must be ready to abide by the laws in place.

Also, the National Coordinator of the OPC (New Era), Rasak Arogundade, said law-abiding Fulani were free to stay but vowed that the group and other similar groups would make the region uninhabitable for criminals, including rampaging herdsmen.

Arogundade also said the forests in the South-West were the heritage of the Yoruba people and that Fulani and other people must be ready to abide by the laws of the states in the region if they wanted to do anything there.

He said Miyetti Allah must stop the “arrogance and wickedness” of some of its members, saying Yoruba people were ready to stop acts of wickedness against their people.

He said, “Miyetti Allah is deceiving its members by saying herdsmen will not leave the South-West. We are not saying Fulani should not carry out their legitimate trade, but we are against the bandits, kidnappers and rapists, among them.

“Yoruba people are very patient and we don’t react except we are pushed to the wall, but when it gets to that time, anything can happen. Let Miyetti Allah know that (Buhari) will not be the President of Nigeria forever. He will leave soon.

“They said they had been preparing for war and we will show them that we are not cowards. We will give them whatever they want. Yoruba people are residing in the north, but are they terrorising their hosts? Are they raping their women and destroying the means of livelihood of their hosts the way the Fulani are doing here?

“Fulani people are not the only ethnic group residing in the South-West. There are many people from other ethnic groups living here, and they don’t behave the way the Fulani people do. Why must it be Fulani herdsmen behind almost every wicked and despicable act everywhere? They should begin to behave in acceptable ways if they want to continue to live with us.

“The forests in our region belong to us. They have forests in their own place also; they should go to their forests and occupy them. They keep misbehaving and they are arrogant about it because Buhari is the President. But that can’t last forever.”

Sometimes I wonder, I genuinely wonder whether President @MBuhari is leading Nigeria...