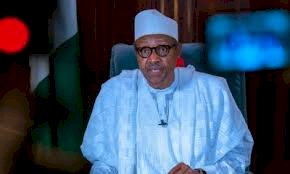 A civil society group, the Coalition for Nigeria Movement (CNM), on Thursday, strongly warned against any move by those it described as agents of darkness to dislodge the current administration.

According to the Coalition, plot has been finalized to hit hard on the administration of President Muhammadu Buhari.

CNM said that these desperate elements were working with the support of some members of the legislative arm.

The coalition claimed to have uncovered the plot, which according to it, is being perpetrated by the opposition.

The CNM’s convener, Sabo Odeh, while addressing reporters in Abuja on Thursday claimed that these “agents of darkness” have finalised three mutineering strategies to cause commotion in the country.

Odeh said the first move is to raise motions on the floor of the National Assembly chambers that the Buhari government has failed Nigerians in the area of security.

He said this would be followed bogus claims that President Buhari’s appointees are corrupt in order to make a mess of his anti-corruption crusade.

The CNM however, charged fellow patriots and all relevant security agencies to rise in defence of the country at this critical period.

The Remotest Settlement in The Gambia will Access Electricity...