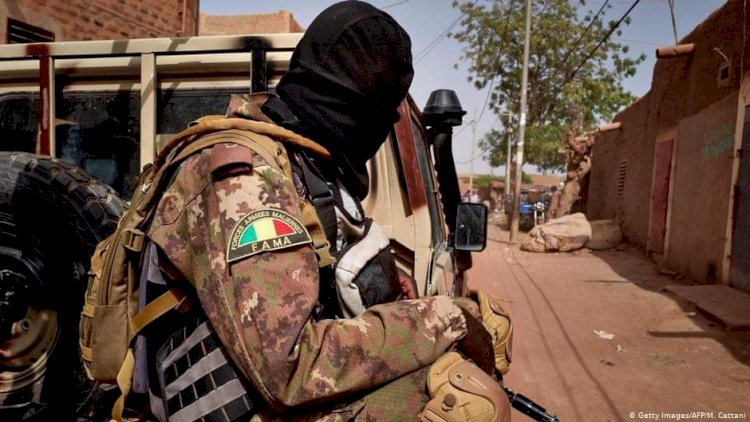 Shots have been heard at an army base in Kati, just outside the capital, amid an ongoing political crisis in Mali. The situation remains unclear, but news of the gunshots quickly sparked fears of a possible coup attempt.

Gunfire was heard at an army base near Mali’s capital Bamako on Tuesday, sparking fears of a possible mutiny in the conflict-torn country.

According to nearby witnesses, soldiers fired gunshots into the air at a military base in Kati, a town 15 kilometers (nine miles) from Bamako, though it remained unclear who was firing at whom.

The Norwegian Embassy gave a clear message to its citizens: “The embassy has been notified of a mutiny in the Armed Forces and troops are on their way to Bamako. Norwegians should exercise caution and preferably stay at home until the situation is clear.”

Sources told DW that the leader of the coup could be Colonel Sadio Camara. DW also learned that several high-ranking politicians and officials have been arrested, including the Minister of Finance Abdoulaye Daffe and the chief of staff of the National Guard.

The national radio station ORTM has been evacuated. According to ORTM employees, a column of possible putschists is said to be on its way to the station.

The French Embassy in the West African country was quick to react, urging people to stay inside their homes.

Kati saw a mutiny in 2012 that led to a coup d’etat that ousted then-President Amadou Toumani Toure and contributed to the fall of northern Mali into the hands of jihadi militants.

Opponents of the current president, Ibrahim Boubacar Keita, have led mass protests since June, demanding the leader’s resignation over what they say are his failures to restore security and deal with corruption.

At least 14 people have been killed in the unrest, according to the United Nations and human rights activists.

Ghana Election: I Have Not Congratulated Anyone, Says Mahama