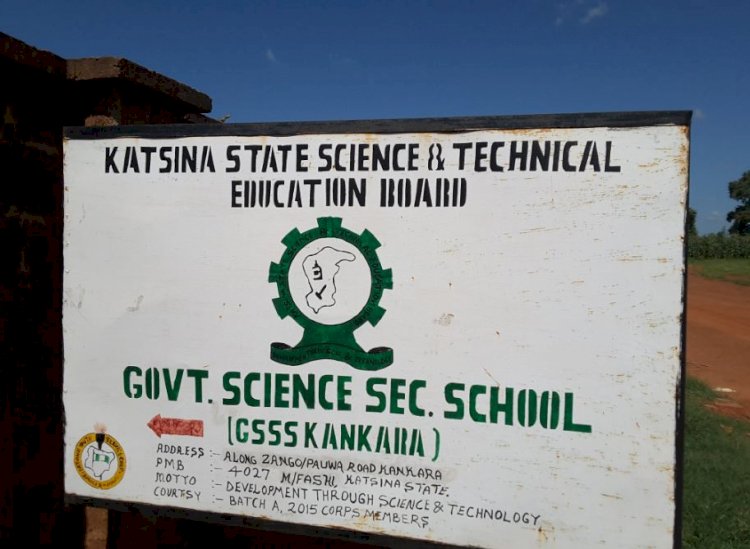 Governor Aminu Masari stated this in a statement through his Director General Media, Abdu Labaran, on Saturday afternoon.

The governor visited the school in company of his deputy, Mannir Yakubu, and other government officials.

He met with the school officials, some parents, traditional and religious leaders, as well as security officials.

The statement added that, the governor who could not control his emotions, pleaded with the people to be patient, show restraint and understanding.

He assured them that the government will do every necessary thing to ensure the release of all the abducted students.

He said, already, security officials, made up of the military, the police, and the Department of State Security, have swung into action and are on the trail of the abductors.

Governor Masari further assured that governments at the federal and state levels are doing their best to bring to an end to banditry and other criminal activities in the state.

The yet to be identified gunmen had on Friday night attacked Government Science Secondary School Kankara where they allegedly abducted unspecified number of students.

The attackers reportedly shot one of the security guards of the school and he was rushed to the Kankar General Hospital where he was receiving treatment while another was nowhere to be found.

A resident of Kankara who spoke under condition of anonymity told Daily Trust that there were reports that the attackers were sighted on their bikes late evening on Friday which put the people of the area on alert.

“They arrived Kankara some minutes pass 10pm on about 150 motorcycles and some of them went straight to the school while others blocked the road leading to the school from Kankara town apparently to prevent anyone going to render help.

“Those who blocked the road were earlier engaged by members of vigilante and within a short time, the police arrived with a reinforcement,” he said.

He added that some students who passed the night in the bushes where they ran for safety had returned Saturday morning, while others also who were amongst the abductees were said to be found along the bandits’ route.

Police spokesman in Katsina, SP Gambo Isah, confirmed the incident saying when the school was attacked there were two policemen who engaged the gunmen at the gate and that exchange of fire gave the students the signal to run for safety.

“One of our men was shot but he is responding to treatment. The DPO in Kankara together with reinforcement from other divisions are working to search for other students who are yet to return.

“As at now we cannot ascertain whether some of the students were kidnapped or not but as said our men are on top of the situation,” he said.

It was reported that some parents of the students (who are still missing) were still waiting at the premises of the school with the hope of seeing their children.

There’s still no confirmation of the number of students missing as at the time of filing this report.

Minister of Education, Malam Adamu Adamu, has decried continuous fall in the standard...