IPOB Militants Gunned Down In Abia 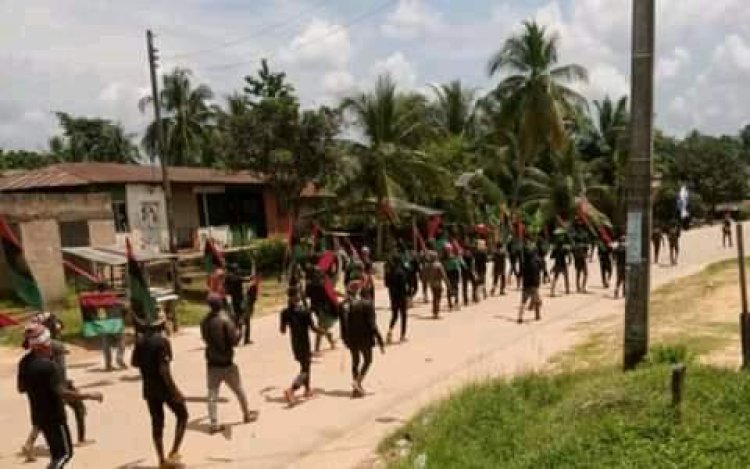 There was tension around the palace of Eze Aro in Arochukwu Local Government Area of Abia State, on Wednesday, as soldiers and militants of the Indigenous People of Biafra (IPOB) exchanged gunfire

Security Sources confirmed to our correspondent that five members of the outlawed group fell to the superior firepower of the armed gang.

‘We heard a bang before we got trapped’, passenger narrates terrifying moment on Kaduna-Abuja train
Nnamdi Kanu moved back to DSS custody as court adjourns till Nov 10

The IPOB militants were said to have stormed the community to the enforce “sit-at-home” order declared by the outlawed group.

IPOB had asked residents to remain indoors on days that Nnamdi Kanu, its leader, is arraigned in court.

Kanu was arraigned on a 7-count charge at an Abuja court on Thursday and he pleaded not guilty.

A source said immediately residents of the area got news that the IPOB leader had been brought to court, they took to the streets in celebration.

The source said the IPOB members, who were also in a jubilant mood that Kanu is alive, contrary to reports they had been getting about the safety of the separatist leader, marched on the streets.

On arriving the First Bank axis of the town, the IPOB members exchanged gunfire with soldiers.

The security source said five members of the pro-Biafra group bowed to the superior firepower of the troops.

He said the gunshots caused pandemonium in Arochukwu, as residents scuttled into nearby bushes.