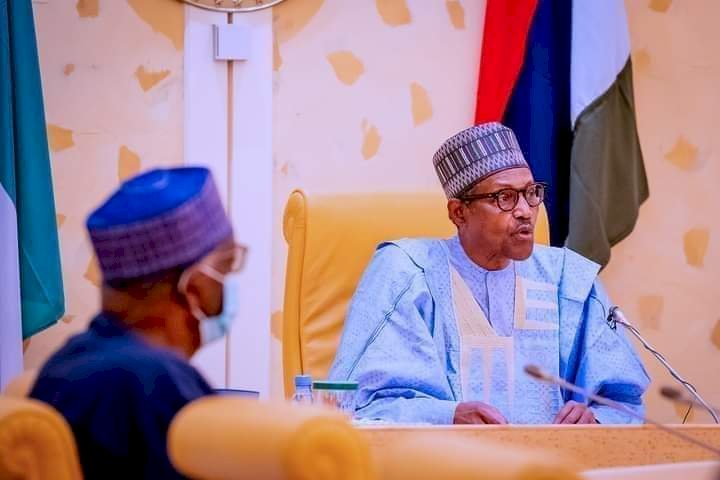 The Vanguard for Peace and National Development has thrown its weight of support behind the threat by President Muhammadu Buhari to crush separationist groups in the South-East geopolitical zone.

The group, in a statement by its Executive Director, Ahmed Tijani, urged President Buhari to probe the unholy alliances between some highly placed politicians with managers of the various security outfits in the country.

The group argued that Mr Buhari’s zero tolerance for the activities of the indigenous peoples of Biafra, IPOB, speaks volume of his resolve to ensure Nigeria remains an indivisible entity.

While wondering why heads of security agencies in the country failed to hold the Senate Chief Whip, Enyinnaya Abaribe, to account over his role in the bail granted leader of IPOB, Nnamdi Kanu, the group maintained that doing so has become imperative, following speculations in high quarters concerning true identities of some high ranking security officers and their alliances with politicians.

The group said: “Our attention has been drawn to allegations of fake identity of some high ranking security officers.

“We are equally privy to series of secret meetings between some politicians and managers of security outfits in the country.

“We are particularly alarmed that the Senate Minority Leader Ehinaya Abaribe has held series of meetings with top security chief, the outcome of which is not known.

“As a group of patriots, we cannot afford to keep mute when these kinds of issues come up.

“Considering the state of our security, we cannot afford to ignore issues as genuine as true identities of our security personnel as well as unholy alliances of some political actors who have not demonstrated concern in finding lasting solutions to the security challenges faces by the country.

“In the Army and Navy particularly, there are series of claim that some persons holding sensitive positions laid claim to areas they are not from. This we are aware is causing series rancour in the system,” the statement alleged.

The group, therefore, urged the President to ensure that truth is upheld amongst our security agencies.