INEC Gives Atiku, Tinubu, Obi And Others One Week To Name Running Mates 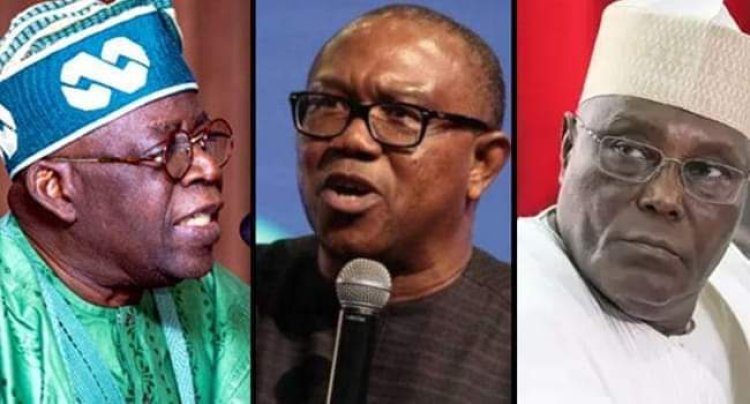 The Independent National Electoral Commission (INEC) has set a June 17th, 2022 deadline for presidential candidates to name their running mates.

It also set a July 15th deadline for state elections.

INEC Chairman Prof. Mahmood Yakubu said this in a statement on the commission’s social media pages.

As of the time of publishing this report, no leading candidate for the presidential election has named their running mate.

While the Peoples Democratic Party (PDP) flag bearer Atiku Abubakar is expected to name a running mate from the southern regions of the country, his rival in the ruling All Progressives Congress (APC) Bola Tinubu is expected to pick a northerner as his vice-presidential candidate.

For Peter Obi, the Labour Party (LP) candidate, being from the southern region of Nigeria, analysts believe his running mate will be from the northern part of the country.

Rabiu Kwankwaso of the New Nigeria Peoples Party (NNPP) has also not named his running mate. The former governor of Kano State is believed to be contemplating picking the party’s vice-presidential candidate from the south of Nigeria.

As consultations and permutations continue over who the presidential candidates, especially from the major parties, will pick as running mates, debates over whether Tinubu will choose a Muslim as the vice-presidential candidate has heightened in the wake of his triumph at the APC convention.

Although some observers believe a Muslim-Muslim ticket for the former Lagos State governor is not an issue and argue that religion should not be a criterion for political offices, critics say the multi-religious nature of Nigeria makes such an idea dead on arrival.

One of those against a Muslim-Muslim presidential ticket is Babachir Lawal.

The former Secretary to the Government of the Federation (SGF) maintains that the peculiarities of the Nigerian political environment do not favour such.

“You can have the best ticket but if you don’t win the election, it’s a waste of time. So, we must bear in mind that the vice (presidential candidate) is going to contribute to winning that election,” he said on Channels Television’s Politics Today on Thursday.

“Buhari himself, even at that time, had to drop this present presidential candidate because of that tension of a Muslim-Muslim ticket, and we have not seen anything in the country that has changed significantly to allow that to happen. On the contrary, it has worsened.”