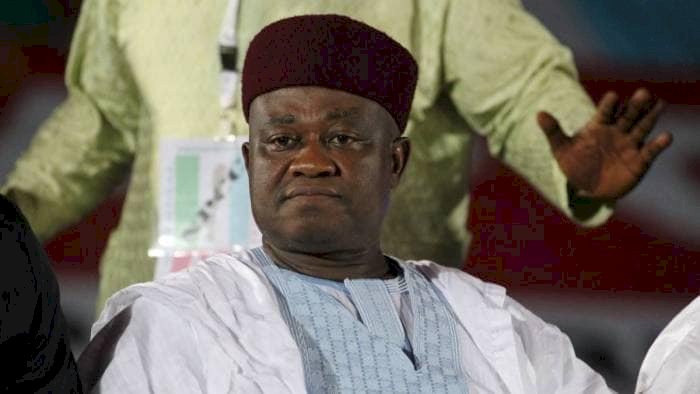 It was a short post from Isiaq Ajibola, former COO of Media Trust, on the WhatsApp platform of the Northern Media Forum, that drew attention to the passing of Sam Nda-Isaiah, just a few minutes past midnight, today, Saturday, 12th December, 2020. To say that I was stunned, was to understate my emotions! I placed a call to Ajibola, and he confirmed the story, as well as giving me some background. So much has raced through my mind, about Sam, in the past three hours. That he died from complications of Covid-19, has been reported by some online media outlets. And I couldn’t but recall that Sam and I compared notes, as we planned to write tributes to the late Malam Abba Kyari, when he passed earlier in the year, ironically, as one of the earliest victims of Covid-19, in Nigeria. It was also just as we had discussed writing birthday appreciations for Malam Mamman Daura, last year. And indeed that was the man, Sam was: loyal to his friends, with a large heart, and ever willing to throw himself into defending your corner, once he was convinced about the righteousness of the position. He gives his all, in every sense, especially to right a wrong!

I met Sam Nda-Isaiah, soon after I was appointed substantive pioneer Editor of DAILY TRUST, in 2002. Sam wrote a weekly column every Monday; and because he was still living in Kaduna then, would drive up to Abuja each Sunday, and by around 12noon, woukd be in my office, either to complete his piece or commence writing. And we had a standard fare; we sent for fried plantains; fried yam; fish; chicken and soft drinks. These we snacked on, in the midst of the hurly-burly of production work, and discussions of Nigerian politics. Sam’s Monday Column was our main fare for the week: pungent; hard-hitting; non-sparing and remarkably reflective of Northern feelings, in the years leading to the 2003 elections. Sam was President Obasanjo’s nemesis, in a most fundamental sense, and his writings not only reflected the feelings in the North, but also helped to galvanise the regional consensus that began to build around the Muhammadu Buhari candidacy, which took off, from that period. Sam was also on the Editorial Board of DAILY TRUST, which I used to chair; and he would strongly express his disdain for the way the country’s politics was unfolding, reserving his opprobrium for President Obasanjo, who he saw as a failure; and because he had the ears of the most important people in society, often allowed us very unique peeks into the entrails of political society. It was a reflection of his conviction, that Sam threw himself into the Buhari campaign, and ran the media component of that campaign, in the lead to, and during the 2003 elections. He was an exemplary worker, because he genuinely believed that Nigeria deserved better than what Obasanjo represented, and he was sure that Buhari was a much better candidate.

The results of the 2003 elections made him very angry and he wanted to return to his Monday column. But the owners of the paper were not comfortable with his return from the political fray to continue the column, at first. They eventually relented; but I think the relationship soured. Sam was disappointed at the way he was treated, and he made up his mind to start a subscription-based confidential. That was the beginning of LEADERSHIP CONFIDENTIAL. It ran for quite a while, leaning on the network that he had built in political society, and other segments of the Nigerian nomenclatura. But his vision was broader; he also wanted to start newspapers, and that came, first with the weekend edition of LEADERSHIP. In the days leading to the launch, Sam and I, had chartered a vehicle from the Sharaton Hotel, to travel all-night to Sokoto and Birnin Kebbi. He was talking up the plan for the papers, and seeking assistance for the vision, with Governors Attahiru Bafarawa and Adamu Aliero. From the acorns of his determination, the LEADERSHIP group grew into mighty oaks, becoming one of the two most important titles from Northern Nigeria.

Years after he severed his links with the Media Trust and the subsequent growth of his titles, we retained a very strong relationship as brothers, friends and colleagues. And we never stopped referring to those remarkable moments in my office at Daily Trust. But what was most poignant, was the fact that Sam remained a go-to person, at so many levels: the most personal or the very official; this is because you knew that if Sam had a channel to what you wanted, he would pull all stops to make you get what you wanted. And if he didn’t, he would find the links to get close to making sure he exhausted all the possibilities!

Sam was a passionate lover of Northern Nigeria, and had an incredible network within the region. He was exceedingly proud of the heritage he inherited from his father, and the doors they opened for him all over the region. He regularly felt that there was a lot to do to regain the mutual feelings of love that bound Northerners together, but which had deteriorated into acrimony, mutual antagonisms, and even hatred at several levels of elite discourse and relationships, all over the North. He was delighted, that as a Christian, he had the ears and close relationship with the Sultan of Sokoto, and other notable leaders of the region, of Muslim extraction. Just as much as he valorised the depth of relationship that he had with General TY Danjuma, and other Christian leaders. These didn’t diminish his pan-Nigerian networks, and he enjoyed the opportunity to leverage upon that too; after all, he had actually studied pharmacy at the Obafemi Awolowo University, in Ile-Ife. This was a side of his life, that writing, publishing and politics, pushed to the background. Sam Nda-Isaiah was also a serial entrepreneur; and he was always looking out for opportunities to expand his portfolio of investments, in different areas of human endeavour. We were able to get him radio and television licenses; and whenever he came into my office at the NBC, he brought in newer perspectives on what he wanted to do, with his radio and television licenses.

In the past one year or so, we found a new avenue of strengthening our bonds; and that came from our youngest daughters: Nabilah Modibbo Kawu and Hadasa Nda-Isaiah. They attend the same school and are classmates. I returned home one night, and Nabilah asked if I knew Sam Nda-Isaiah. I was surprised! I told her he was one of my very close friends. Well, she replied that his daughter was her best friend. I didn’t know that it was a well-choreographed step, because Hadasa also asked Sam, if he knew Is’haq Modibbo Kawu. Sam told me much later, that the way she called my name fully, was the shocker, until Hadasa revealed, that Nabilah was her best friend. But that was the beginning, because ever so often, I would meet a note either attached to my room door or on my bed, written by Nabilah. “There is an event at 9m tomorrow in school, Baba; I want you to attend. And your friend, Sam will also be coming”! Sam was sure to have received the same note from his daughter to attend, because his friend, Modibbo, would also be around! We became regular faces at their school events; that was before the advent of Covid-19!

There were difficulties that some of those who worked with Sam, could point out, in their relationship with him, as an employer. He was very demanding; could become very angry or short-fused! And sometimes, I have heard that they were not treated fairly by him. Some left him very embittered! I read an account by an Editor who had chosen to walk out on him, after a falling out. Luckily, on that occasion, the late Abba Kyari was in the office, and he pacified the editor, and said something that touched the person I’m talking about. Sam, Abba Kyari had asserted, is a man with a very good heart; or words to that effect! And the situation was diffused, even if the Editor eventually left his employ.

Sam Nda-Isaiah was human, and had his weaknesses like all mortals. But I can affirm that he was genuinely a man with a very good heart; he was a loyal friend and a man of really generous disposition. We have lost a very good man; a consummate patriot, who loves our country, and wanted the very best for all our peoples. Sam Nda-Isaiah will be sorely missed, because he was just arriving at the prime of a life, that promised so much. He had even attempted to become presidential candidate of the ruling party, the APC! But Allah has taken him at the appointed time. A pharmacist by training; he became a consummate writer and commentator, on the political development of our country; he was an entrepreneur, who invested in different areas of the economy, and was always looking for newer opportunities to be able to do more, in a calculated endeavour, to become a major player in national development. His maxim was “For God and Country”, and I think that summed up the brother, friend, family man, parent, employer, patriot and remarkable human being, that we have just lost. My heart goes out to his dear wife and family. May God rest the soul of my friend and brother: Sam Nda-Isaiah! Amin.

You asked for speech, you got the speech, now you are speechless...