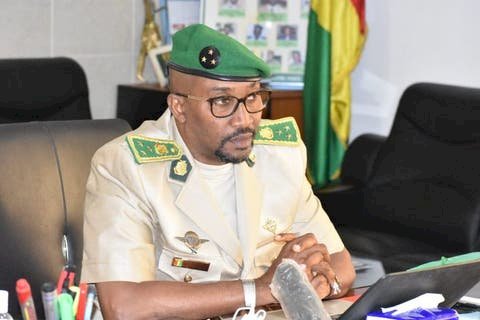 On the occasion of Soldier's Week 2020, our reporters met the Inspector General of the Guinean Armed Forces to discuss some issues related to his prerogatives.

The General Inspectorate of the Armed Forces is an administrative service, reporting directly to the Minister of National Defense.  In accordance with its prerogatives, it succeeded in 2020 in carrying out several activities despite the Covid-19 pandemic.

“I would say that the year 2020 is taking place against a backdrop of a health crisis marked by the Covid-19 pandemic.  Despite this particular pandemic, we have carried out numerous activities within the framework of improving the working and living conditions of the military and, by extension, in consolidating the achievements of the reform of the security sector ”, underlines General Alpha Ousmane.  Diallo.

According to the Inspector General of the FAG, this involves capacity building for the benefit of soldiers deployed within MINUSMA, the operationalization of two newly created battalions, the activation of the training center for maintenance operations.  peace, reinforcement of personnel through national recruitment.  "It should be remembered that these achievements are the fruit of the determination of the President of the Republic, Supreme Head of the Armies, who listens to his soldiers".

Speaking of the rereading of the Military Programming Law, Major General Alpha Ousmane Diallo brings new insights.  “The 2015 military programming law was voted and adopted, but its effective implementation encountered some difficulties.  This is why, on the instructions of the Minister of State in charge of Presidential Affairs, Minister of National Defense, a Commission to review this law was set up in order to adapt it to the current needs of the Guinean armed forces.  This work was done very hard to come up with a draft bill to be sent to the executive for adoption by the national assembly.  This draft law is being prepared for the 2021-2026 horizon "

On the occasion of the anniversary of the creation of the Guinean army, the Inspector General of the Guinean Armed Forces wishes a happy festival to the defense and security forces and urges all the military to fulfill their regal mission with professionalism in the strict compliance with the laws and General Alpha Ousmane Diallo asks them to stay republicans, neutral and especially to invest in their training for the qualification of human resources. Finally, the Inspector General of the Guinean Armed Forces has a pious thought of the founding fathers of the army and all the brothers of arms fallen on the different fields of honor in the accomplishment of their noble missions. General Alpha Ousmane Diallo encourages and congratulates all the mates from the quota deployed in Kidal north of Mali within the MINUSMA.