GEORGE WEAH AND THE INDEPENDENCE STADIUM: A TRIP DOWN MEMORY LANE 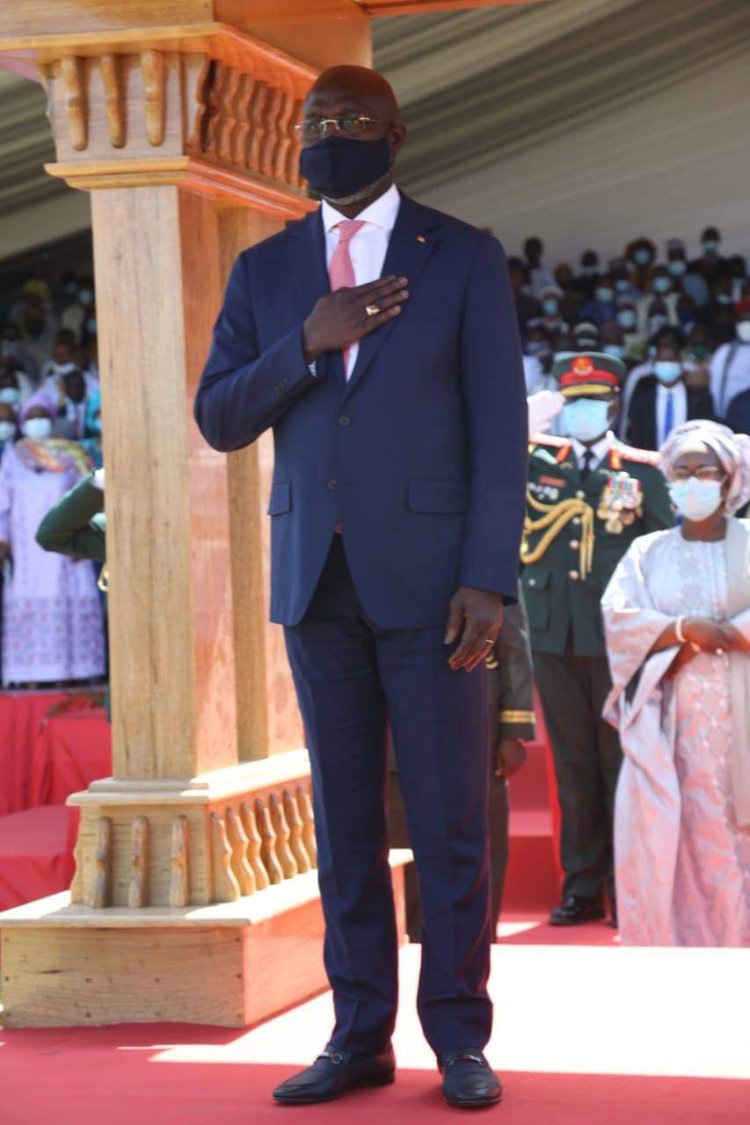 President George Weah just arrived at the Independence Stadium  to grace the inauguration of his compatriot president Adama Barrow. He's among a host of leaders attending the ceremony. As his motorcade entered the independent Stadium, it must be a reminiscing moment for the former Balon D'Or winner ---the George Weah of yesteryear.The settings of the Independence Stadium might have been a little different compared to 1996 but it would bring back warm thoughts for the former Balon D'Or winner. His last step inside the Independence Stadium was on June 1st 1996 during a World Cup Qualifier between The Gambia and Liberia. This was just  7 months after winning the prestigious Balon D'Or and was named FIFA World Player of the Year, becoming the first and only native African player, to win these awards.
Before the Liberia-Gambia game , Weah was on the verge of winning the Serie A with AC Milan alongside Roberto Baggio and Dejan Savićević in Milan's attack under then coach Fabio Capello. Before The Gambia game Weah had already played in the Milan-Cremonese  match in which he scored in a 7-1 goal frenzy. Weah came to The Gambia not  just as the World's Best Players but as one of the most natural finishers of his generation.
For The Gambian team ,there was no one compared to Weah but we boast of having a wonderful goalkeeper in the name of George Djibril Lobba. That's why sport pundits believe the game was more of a 'George Weah- George Lobba Affair'. George Lobba had denied Weah on several occasions before he was substituted for an injury. Former Willem II midfielder Jatto Ceesay and Ebou Sillah were in the peak of their careers playing in Europe's top leagues.  German national Hans Henniger was the coach for the Gambia.

The Gambia got the lead in the 15th minute through Abdul Aziz Corr who converted the penalty. George Lobba was defiant in front of goal against Weah until the 29th minute when he sustained an injury and second choice goalie Musa Bajaha came in his place. Liberia was also rewarded a penalty in the 35th minute after so many attempts by Weah and James Debbah scored from the spot. It was already 1-1 going to the break.

The Gambia won an outside the 18-yard box free kick which was taken by Maestro Ebou Syllah. Syllah's devastating free kick in the 62nd minute will go down as the Gambia's greatest goal in a major tournament not even compared toOus Jallow's conversion of Zico Ceesay's cross to earn Gambia The First ever Continental Cup in 2005 or  Aziz Corr Junior's last gasp equaliser that humiliated the Veranda Lions of Senegal in the 2010 joint Africa and World Cup qualifiers in Dakar.

The Match ended in a 2-1 win for Gambia against Ballon d'or winner George Weah.
That was the last time George Weah played  at the Independence Stadium and his last visit to The Gambia.
After 26 years he returned to the same place he once stood singing the Liberian national anthem in a continental Qualifier but this time, he was standing there in a purple suit as president of the Republic of Liberia. History and memory in one place.

“I Will Be A President For All Gambians And Enhance Sustainable Development” – President...

A reflection of life during Condé's brutal rule (Guinea),...

The Fulani: a people without borders