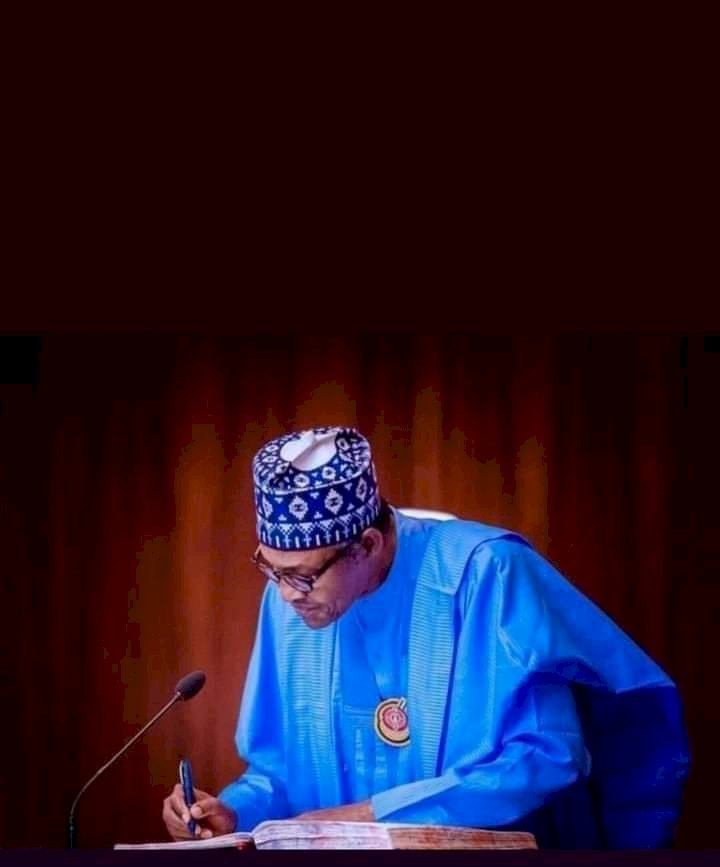 The Fulani (Fula, Fulah, Fulbe, Fellata) is one of the most written about ethnic groups in the world. I am not certain that they are, in total, up to 70 Million, but they can be found – and have influence – in the following countries: Benin Republic, Burkina Faso, Cameroon, Central African Republic, Chad, The Gambia, Ghana, Guinea-Bissau, Ivory Coast, Liberia, Mali, Mauritania, Niger, Nigeria, Senegal, Sierra Leone, Sudan and Togo. Their origin has been traced to many places, including Egypt and Jordan, but a predominant modern narrative traces their spread to other places from Guinea’s Fouta Djallon and the Futa Tooro savannah grasslands of Senegal and southern Mauritania. Although what is much talked about – or what they have been mostly profiled for – is the nomadic pastoral life of less than a quarter of their membership, they constitute one of the most accomplished and prosperous ethnic groups in Africa. There is hardly any field of human endeavour on the continent that they have not subscribed to and made substantial contributions to. As Wikipedia rightly highlights,

Umaro Sissoco Embaló, who assumed office as the President of Guinea Bissau on 27 February 2020, is also a Fulani.

Fulani people are morally governed by an unwritten code of conduct called the Pulaaku Code. Pulaaku, according to Wikipedia, “specifies the actual rules or guidelines for appropriate behaviour and presentation of self, as well as a series of virtues and personal attributes, which may be viewed as rewards for behaving like a Pullo.“ Pulaaku prescribes how the Fulani should conduct their personal life and treat others. With it, every Fulani is enjoined to act like a Fulani. It requires the Fulani man to be patient and tolerant, to be kind and affectionate, to be manly and brave, and to have self-respect and avoid dishonourable acts. Besides his strong ties to cattle, the average Fulani is supposed to be stoic, reserved, proud and disdainful of ostentatious life. The average town Fulani does not wear his prejudices on his sleeves and is difficult to decode. There is the saying that you cannot know what the Fulani is thinking. That might explain why Fulani people are, most times, ahead of others in political manoeuvering and strategizing. Honour and integrity mean a lot to the average Fulani. It is no accident that they flourish in politics, business and the professions. They are highly disciplined, poised and strategic.

This commentary is not about the town – or the seminomadic – Fulani, who, as I have stated, constitute part of the elite and gentry class of the continent. Rather, it is about the pastoral nomadic Fulani.

The history of the nomadic pastoral Fulani has been one of conflict with sedentary farmers over the destruction of farms and crops on the one hand and cattle rustling on the other hand. The dimensions of this conflict and its causes are the same in the communities and countries where they are found. The social, economic, natural, humanitarian and security consequences of the Fulani herdsmen-farmers conflict have also been the same.

The Fulani herdsmen-farmers conflicts do affect the food security and livelihoods of the affected communities. Like any other communal conflict, Fulani herdsmen-farmers conflicts have contributed to the humanitarian, economic, social, security and community development challenges across the continent. In Nigeria, the clash is taking a frightful dimension. The Fulani herdsmen are being profiled and portrayed as a belligerent group. They are associated with such anti-Palaaku code activities as kidnapping and killing of innocent people, rape and sexual assault, armed robbery and all sorts of banditry bothering on terrorism. Unfortunately, the national response to the issue has been poor. Community responses have been mainly survivalist and uncoordinated.

I must at this point make the caveat that my opinion is contextual and should not be accepted as a scientific conclusion on the causes of the present spate of violence across the country and the criminals perpetuating it. My thoughts on the subject are inchoate and unfinished and may at later date require some tinkering to pass for an intellectual opinion.

Since the start of the Boko Haram war in the North-East, Fulani herdsmen have been migrating towards the South. Their intercourse with the predominantly farming Plateau and Benue communities of the Middle Belt is characterized by mass brutal killings. Their foray into the forests and grazing areas of the South-South, South-West and South-East coincided with banditries in the North-West, especially in Katsina and Zamfara States, that are ascribed to them. In the case of entire Southern Nigeria, the narrative is that they are armed and unleashed on the region by occupation or jihadist force. As illogical as this narrative is, the indulging national-level indifference towards the escalating spate of kidnappings and killings on the highways and forested areas of the South is lending believability to it. This is why I am worried and why I am making this contribution.

In the first place, it is curious for herdsmen to inhabit forested areas. To quote a sociologist friend of mine, “forests have historically served as barriers to cattle rearing and cattle rearing groups because of the existence of dangerous flies (tsetse, mainly) that kill cattle, and lack of fodder for them, and the inability of herdsmen to round them quickly in forest places.”

It is, therefore, imperative to give rigorous thoughts on what is responsible for the move down south and prevalence of herdsmen in the forests of the south. In the opinion of my friend, “a two-face emerging environmental feature could be responsible for the movement down south, and of course in addition to the general insecurity in the Sahel and the immediate Savannah area (traditional grazing places of the herders). Now, these are the two features – first, unceasing desertification (an environmental disaster) is making it difficult for them to sustain cattle rearing in the traditional Sahelian/Savannah areas. Second, for many reasons, the deforestation of the south is making those places like Savannah areas where cattle could now be reared – so there are push and pull environmental factors there. And of course, the great insecurity in the Sahel made lethal weapons easier to acquire. With floating armed formations across west Africa comprising young men uprooted from settle communities looking for ways to move ahead.”

Against this background is the common knowledge that most of the nomadic herdsmen are hired from all over the continent by a class of gentry cattle owners. In this class are the ruling elite, comprising influential politicians, traditional rulers, high-ranking personnel of the police and armed forces. The cattle business is lucrative and the capital outlay is minimal. That the Fulanis constitute the majority of the recruited herdsmen is not coincidental. They constitute the largest pastoral ethnic group in the world. They understand the cattle and relate with them as a parent relates to a child. They are born shepherds. It is they who introduced dairy production to the world. Although the Spaniards may boast of inventing the cowboy ranching system, the seminomadic Fulanis have had their ranching system way before the Spaniards. The nomadic pastoral Fulanis are, however, vulnerable and susceptible to manipulation. They come cheap to the gentry class. They are poorly paid, but armed primarily to ward off cattle rustlers and dangerous animals. The herdsmen sleep with the cattle in open bushes under the worst of conditions. They are hardened and emotionless. They are hived off the normal world. They live in a world of their own with cattle they do not own but are ready to die for. Most times, the only way they augment their poor earnings from their slave masters is through banditry. When banditry becomes a goldmine and less risky, it easily becomes a way of life. Cattle rearing becomes a cover. Their life in the forest and grazing lands reveals to them the weak and vulnerable parts of the communities they crisscross. They know the terrain and distances between inhabited areas. They know where and when to strike and where to retreat to share their loot and disperse to safe-havens. As their exploits become more lucrative and enriching, so the message spreads. They return home like gold miners with humongous wealth. They become overnight elites in their communities. Very easily, the recruits become recruiters. With the acquired wealth, they purchase more guns and recruit deadlier mercenaries from among the mercenary-breeding communities in war-torn countries. With no money, one can recruit an army of daredevil bandits from Mali, Sudan and Somalia – the same crop of people that constitute the foot soldiers of Boko Haram.

Their business is greatly assisted by their knowledge of the forests and the connectivity they have with their counterparts in all the forests and abandoned bushes of the country. They can walk with their preys hundreds of kilometres without attracting the suspicion of villagers or farmers. They are the kings of the abandoned jungle.

To worsen matters, they do not work in isolation of conniving and complicit security personnel, who provide the enabling environment at the kidnapping points, including the sharing of strategic information and the coordination of the payment and handing over of ransoms. To the rogue security personnel, working with the herdsmen is better than working with armed robbers. The herdsmen give higher returns with less suspicion and public scrutiny. Instead of viewing what is happening as a well-organised and orchestrated ring of banditry that comprises the herdsmen as foot soldiers, the narrative of they being an army of occupation provides a good cover for their accomplices in the larger society and the security agencies.

The Federal Government is not expected to reinvent the wheel on this matter. Nigeria is not the only country that is faced with the challenges of integrating the nomadic pastoral system into the corpus of laws regulating business activities and social interactions. Although some countries have, through legal pronouncements and empowerment of affected communities and individuals, curtailed the excesses of criminally inclined herdsmen and cattle rustlers, many countries have used political means to settle the herdsmen-farmers conflicts and banditry associated with herdsmen. The indifference of the Federal Government is bothering on complicity and is dangerously fueling the characterization of the wave of banditry in the South as a Fulani invasion.

This is why I support the call for President Muhammadu Buhari to address this carnage. His indifference is not good for the majority and nomadic pastoral Fulani who are carrying on their business with due responsibility to host communities. That the crisis is allowed to fester to the point that calls are being made to eject them from certain communities is a clear failure of governance. Being a Fulani, Mr President is unwittingly exposing his kinsmen to unnecessary hatred across the country. What is happening is nothing more than an orchestrated banditry in which the herdsmen are mere opportunistic foot soldiers.