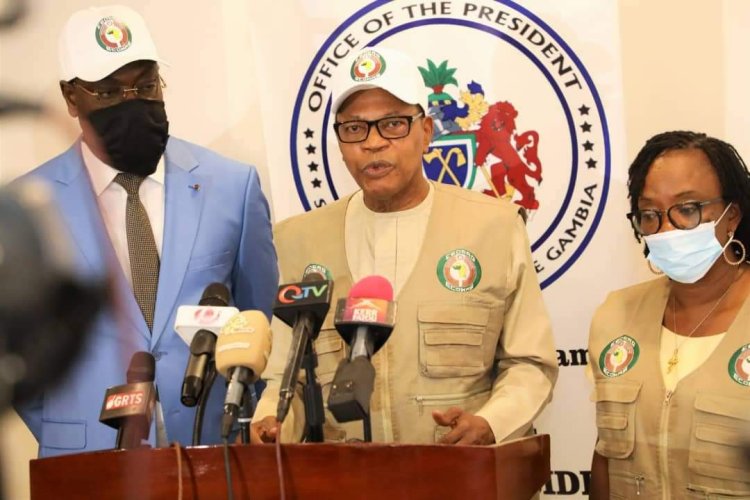 The head of the ECOWAS Election Observer Mission to the recently held National Assembly election Hon. Mohamed Ibn Chambas, praised the conduct of the polls calling them “peaceful and credible.”

Dr. Chambas was at the State House to brief His Excellency, President Adama Barrow of his mission’s observation and findings during the elections.  Dr. Chambas described The Gambia as a good example to the rest of the sub-region in the conduct of elections, stating; “The Gambia should be proud of itself”, for maintaining a reputation as a peaceful people, a peaceful country who have delivered a peaceful and credible election.