FIRE ON THE MOUNTAIN! BP WILL RISE WO! His Excellency, The President, Federal Republic of Nig. 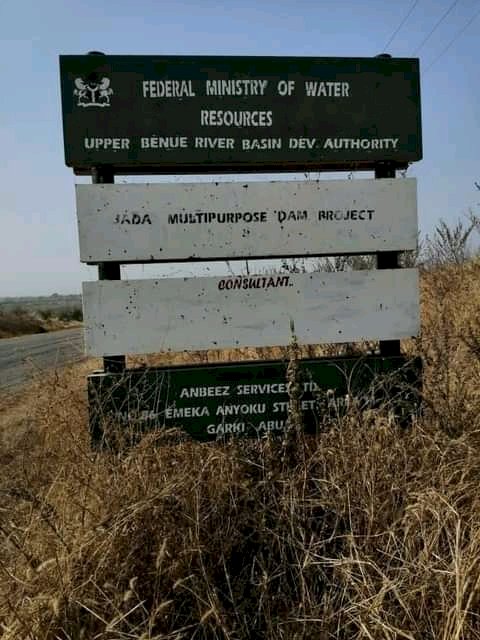 We,the concerned and law abiding citizens of Jada local government  area of Adamawa State,write to inform your excellency that,sometimes in the year 2002,the  Federal Govt.awarded a contract for the construction of Jada Dam to STERLING CONSTRUCTION company.The sum of  N906 million was released to the company as mobilization. The incumbent Lamido Adamawa Muhammadu Barkindo Aliyu was the chairman of the company and collected the above sum on behalf of the company.Sterling Construction Company is owned by Adamawa State Government.The chairman visited project site twice in company of other state officials.But never mobilized to site.
It is our believe the project was either revoked or transferred by former President Obasanjo immediately after 2003 Elections when his relationship with his  former VP began to strain.And the former Governor Boni Haruna removed Barkindo as chairman and replaced him with Alh.Muhammadu Gambo Jimeta.
In 2012,the Federal Ministry of Water resources under Hon.Serah Ocheppe wrote to him demanding the refund of the aforesaid sum as directed by the House of Reps Committee on water resources in exercise of their oversight function.
Your Excellency,all documents relating to this matter are with the Federal Ministry of Water resources.
The now Emir replied threatening legal action.But he still remain in the best position to answer the question of where is the money and if shared amongst who?
Your Excellency,this letter is informed by conviction of your personal pedigree of honesty,justice and courage in fighting corruption.
The economic importance of this DAM to our people cannot be overemphasized.The least of all is irrigation farming.
The effort of this administration to put Nigeria back on course should not be undermined by any individual or cabal no matter how highly placed.Jada has a fertile arable land and herds of cattle and sufficient human capital to boost Agriculture for export.
As His Excellency would agree,Nigeria is blessed in all ramifications but corruption occasioned by bad leadership has always been the bane.
It is our fervent hope that you will wade into this matter by ordering a thorough and an open investigation with the view of recovering the misappropriated sum and bringing the culprits to book.They are our real enemies that can only be likened to Boko Haram.
We sincerely appreciate the noble effort of Mr President toward laying a solid foundation for the Nation's prosperity for generations yet unborn.
The good people of Jada will continue to be law abiding citizens our beloved nation.
May Allah continue to bless,guide and protect you now and always as you stir the Nigeria's ship to the promised land.
God bless the Federal Republic of Nigeria.