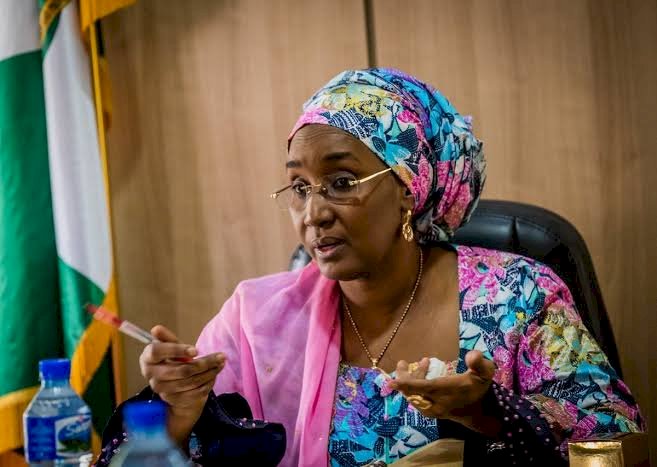 The Federal Government says state governors will henceforth be in charge of the distribution of palliative measures in their respective states. The Minister of Humanitarian Affairs, Disaster Management and Social Development, Sadiya Umar-Farouk, said this on Monday in Abuja at the 10th joint national briefing of the committee. She was responding to a question on if the government was thinking of changing the strategy of sharing the palliatives amidst criticisms and dissatisfaction over the handling of the policy. The governors of the 36 states had last week asked the federal government to allow them to oversee the distribution of palliatives to cushion the effects of COVID-19 in their respective staste.

The minister said yesterday: “Going forward, we’ve decided to hand over these food relief (items) to the state governors for onward redistribution to their citizens, the poor and vulnerable in the society. In fact, I’ve started that. I was in Lagos last week and Ogun states and I’ve handed over trucks of food relief to these governors. “So far, we’ve reached out to the three affected states that have been locked down by the federal government, the two states (Lagos and Ogun) plus the FCT. Also, we’ve deployed some food relief to two south eastern states of Imo and Ebonyi specifically.” On the disbursement of cash to the vulnerable poor, she said: “I’ve mentioned it before that this is an approval that has been in existence since 2016 and we’re using the exiting register. We’ll give them N5,000 per month, but now that Mr. President has directed that we give two months advance, that’s why we’re giving this N20,000. Yes, it’s a process that’s really cumbersome, but with transparency and accountability, the ministry has already begun the digitalization of this process. “We have four pilot states on digital payroll so far and we’re continuing with that. We hope that in our next month payment,we’ll be able to at least have all the states adopt digital payment. It is not a one day off thing, it takes a process. “And we’re using mobile phones, wallets because the BVN of these beneficiaries exist, but it is not all of them that are on the banking system. So, we’re looking at all these issues.” On the possible expansion of the register, Farouk said: “Yes, I did mention that we’re working on the possible expansion of the register and this is to inform you that we’ve started the process. Our main focus now is going to be on the urban poor because these are the people that have now become vulnerable as a result of the COVID-19 pandemic and the lockdown. “We’re also focusing on people living with disabilities. Already, we’ve some numbers in our existing sub-national social register, but now we’re going to focus more on registering these people with special needs.”