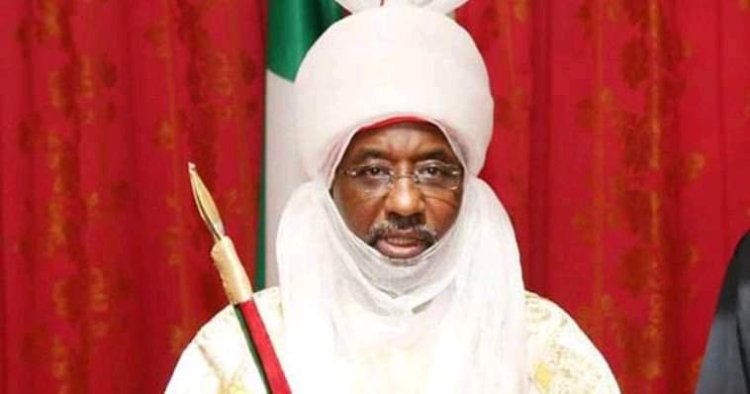 A write-up that analysed the motives of three presidential candidates in the 2023 elections has been broadly shared on social media.

The post, which is said to have been authored by Sanusi Lamido Sanusi, former governor of the central bank of Nigeria (CBN), asserted that none of the candidates are in the race for the money.

“One peculiar thing about the top three guys battling it out for the 001 seat is that [none] of them is there for the money,” the first paragraph of the statement reads.

The publication claimed that Atiku Abubakar, the presidential candidate of the Peoples Democratic Party (PDP), has milked the country “well enough” and only wants to answer the title “president” at all cost and through all means.

It also claimed that Bola Tinubu, the presidential candidate of the All Progressives Congress (APC), only wants to fulfill his lifetime political ambition of being president.  “At the end of the day, he would teach us what being fantastically corrupt actually means,” part of the post reads.

On Peter Obi, the presidential candidate of Labour party, the post claimed that the former governor of Anambra is a contended man, who has volunteered to save Nigeria from impending catastrophe by becoming the president in 2023.

The post, which seems to have started making the rounds since June, 19, has been reposted and shared by multiple users on Twitter, Facebook and other social media platforms.

Max Vayshia, another user, who posted the claim, generated over 1, 300 likes, 873 retweets and 57 comments.

Many social media users seemed to believe the veracity of the story, as evident in the comments, where the author was appreciated for the analysis.

An online search by TheCable revealed that no credible media platform has published the statement credited to the former governor of CBN.

When TheCable reached out to Sanusi, he disowned the viral statement. “The statement is not from me. It is fake,” Sanusi told TheCable.

The post which analysed the motive of Atiku, Tinubu and Obi for wanting to become president is fake. It was not written by Sanusi Lamido Sanusi.