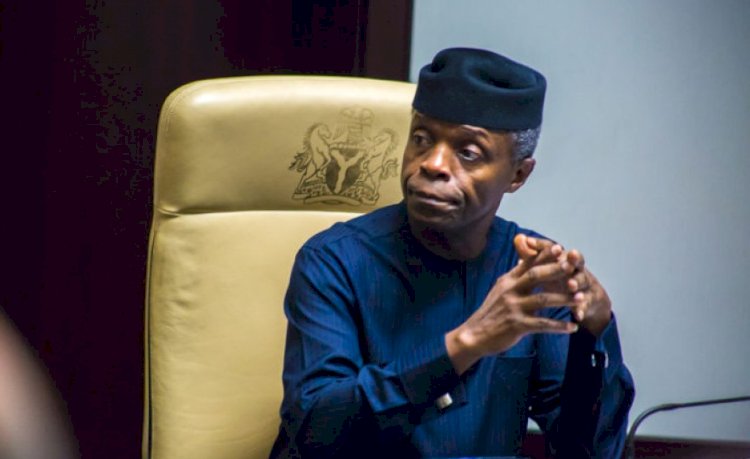 The Coalition of Northern Groups (CNG) on Tuesday said Vice President Yemi Osinbajo’s economic team is planning to weaken the economy of the region through his team’s recently approved privitisation plans of five power plants.

The Coalition specifically asked Osinbajo, who is the Chairman of the National Economic Council, the National Council on Privatization (NCP) and the Bureau of Public Enterprises (BPE) to rescind his decision in privatizing the Calabar, Ihovbor, Olorunsogo, Omotosho and Geregu power plants.

Addressing journalists in Abuja, spokesman of CNG, Abdul-Azeez Suleiman, while describing the plans “most dubious, unreasonable and unacceptable act of injustice” against northerners in particular, asked leaders of the region to raise the alarm over the move.

Suleiman said, “The Coalition of Northern Groups (CNG) has taken note of the latest plan to further diminish the economic viability of the northern region by powerful interests in the South by taking advantage of Vice President, Yemi Osinbajo’s position as Chairman of the National Economic Council, the National Council on Privatization (NCP) and the Bureau of Public Enterprises (BPE).

“We urge all critical stakeholders and the northern public to raise their voices in the defense of northern interest against this round of fresh scheme by those who have made it a duty to ensure that the North remains backwards by undermining its economic and social fabrics to stimulate and encourage rampant poverty, and social problems under various guises including this one.”

Daily Trust reports that the National Integrated Power Projects (NIPP) was originally conceived in 2004 as a fast-track government-funded initiative to stabilise Nigeria’s power sector. It eventually grew to include 10 power plants, as well as critical transmission, distribution and gas infrastructure projects.

In August 2005, the National Council of States and the National Assembly approved the initial funding of the NIPP from the Excess Crude Account (ECA) to which the federal, state and local governments were entitled.

Consequently, the Niger Delta Power Holding Company Limited (NDPHC) was incorporated as a limited liability company to serve as the legal vehicle to execute and manage the NIPP for its shareholders – the Federal, State and Local Governments.

NDPHC has since incorporated 10 power generation companies (each, a subsidiary generation company) to hold the respective NIPP power plants. Today, the shareholding of NDPHC is held by the Federal 47%, States and the Local Governments collectively 53%.

The Chairman of NDPHC’s Board of Directors is the Vice President of the Federal Republic of Nigeria. Other members of the Board include six State Governors, each representing one of the six Geo-Political zones and four federal Ministers, namely the Honourable-Attorney-General of the Federation (and Minister of Justice), Minister of Finance, Budget and National Planning, Minister of Power and Minister of State Petroleum