Dalein ready to do battle with the power of Alpha Condé: "We will not let it go" 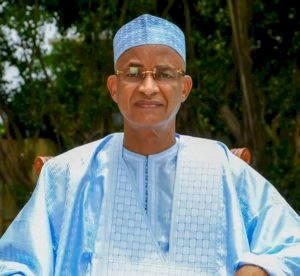 The Union of Democratic Forces of Guinea (UFDG) are in the sights of Guinean justice.  Cellou Dalein Diallo assures us that his political party does not intend to lower their guard against the Alpha Condé regime.

Ousmane Gaoual Diallo, Cellou Baldé, Abdoulaye Bah and Ibrahima Cherif Bah are accused by the Guinean justice of having made statements likely to disturb security and public order.

The president of the Union of Democratic Forces of Guinea believes he knows the reasons for the persecution of his collaborators.

`` It is an enterprise which aims to behead the party, because, not only Alpha Condé did not manage that he was thoroughly beaten at the ballot box, but also all the candidates for succession around  him want the UFDG to be eliminated before the next deadlines.  It is in this context that this violence is unleashed against the UFDG, "Cellou Dalein Diallo told RFI.

Alpha Condé's main challenger assures us that his political party does not intend to give in to intimidation.  ’I don’t know how far they’ll go, but we won’t let that go,’ ’he warns firmly.