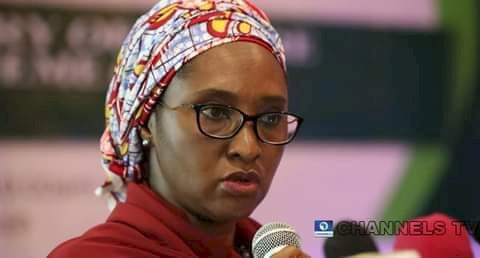 As part of efforts to mitigate the effect of COVID-19, the Minister of Finance, Budget, and National Planning, Zainab Ahmed, says the Federal Government, is in the process of acquiring a 750 million dollar loan, from the world bank to help states.

This loan according to her is to stimulate the local economy and support vulnerable household consumption.

Mrs. Ahmed disclosed this at the inauguration of the Federal Steering Committees of the Nigeria COVID-19 Action Recovery and Economic Stimulus (N-CARES) program, in the nation’s capital.

The minister noted that the federal government has created windows of intervention, as captured in the economic sustainability plan inaugurated by President Muhammadu Buhari, in March 2020.

She stressed that in going to borrow the money the federal government is considering the cause and consequences of civil unrest and COVID-19 in the country.

“The consequences will be too high if we ignore the root cause of rising civil unrest in our country. We must, therefore, fashion out ways of ensuring that post-Covid-19 is not injurious to the Nigerian people and the economy,” Mrs. Ahmed stated.

According to her, in a bid to ensure that the implementation of the N-CARES is in line with the federal government priorities as outlined in the ESP, the Federal Steering Committee made up of ministers and permanent secretaries as well as a Technical Committee, made up of directors of key ministries, department, and agencies (MDAs) has to be in place.

The minister stated that the government has carefully selected the “members of the Federal Steering and Technical Committees because of the important role MDAs play in the recovery of the Nigerian economy as well as the fulfillment of lifting 100 million people out of poverty”.

Speaking on the expediency of the inauguration of the committee, the Finance Minister said, “the inauguration of the committees “is expedient given the nature of this emergency intervention; Nigeria as the biggest economy in Africa cannot afford to remain in recession; the survival of over 200 million population is germane to all we do and we must address the concerns of the majority of our populace”.