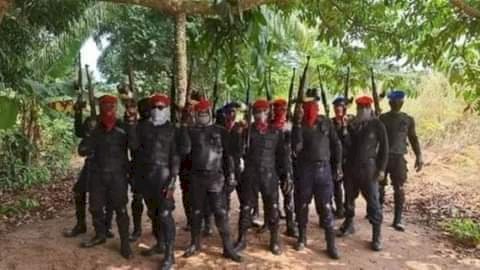 The assailants killed four of the victims on Saturday in Umuaka town of Njaba Local Government Area of the state.

The other three were killed on Friday in Orlu town of Orlu Local Government Area of the state.

The Coordinator, Northern Traders in the state, Ibrahim Abdulkadir-Dangali, told DAILY NIGERIAN on Sunday that the gunmen had stormed popular Suya spots in the two areas in the evenings of Friday and Saturday.

He added that they came in 2 Toyota Sienna vehicles and opened fire, killing three and four persons respectively during the operation.

According to him, the deceased were all Suya sellers from Sokoto State, indigenes of Illela Local Government Area.

He said: “Our members have been living in fear since after the last incident in Orlu where many of our men were killed.

“We don’t have any problem with the host communities, we are living in peace with them.

“As we speak now, all our members in Orlu town have started vacating the town. Many of them are already here with us in Owerri and I believe many more are on their way.”

Mr Dangali, therefore, called on the state government and other security agencies to investigate the matter and arrest the culprits.

He said: “We are only calling on the government to take drastic action against these criminals. They have been attacking and killing our members.

“They always come in Sianna vehicle and opened fire on our members. This has to stop.

“We are peace lovers who engage in lawful businesses here in Imo State.”

The spokesperson of the Imo State Police Command, Orlando Ikeokwu Godson, when contacted, said he needed time to get details of the incident.

He said: “Let me find out and get back to you as soon as possible, please.

He has not got back up to the time of filing this report.

Macky Sall Announces Whopping 80 Billion CFA To Be Used For Employment Of 65,000...