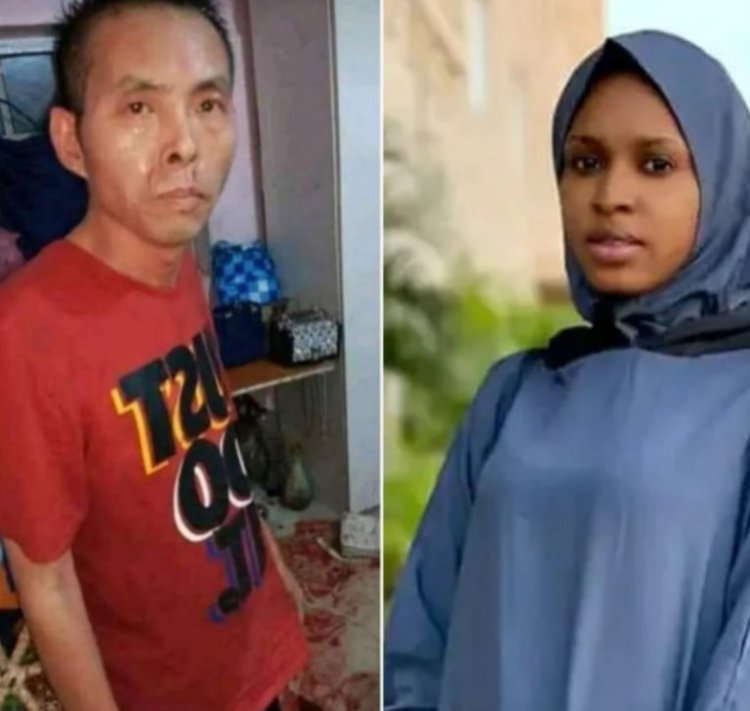 The mother of Ummakulsum Sani Buhari, the 23-year-old Nigerian who was killed by her Chinese lover, has broken her silence.

Daily Trust had reported how the victim was killed at Janbulo Quarters in Kumbotso Local Government Area of Kano State on Friday night.

The deceased, who was popularly known as ‘Ummita’ attended Kano School of Nursing and Midwifery. She was buried around 10am on Saturday, according to Islamic rites.

Speaking on the unfortunate incident, the bereaved mother said, “She was my daughter; he (the Chinese man) always comes around wanting to see her and she has been refusing. This time around when he came, he kept knocking on the door. When I was fed up of him hitting the door loudly, I opened the door and he pushed me aside and got in and started stabbing her with a knife.

“I started shouting and people came running. We rushed her to the hospital but before we arrived, she was dead. It happened around 9.30pm. We were at home with her two younger sisters when it happened. Her brother was out and her father is dead. It was raining then, people were indoors and couldn’t hear me shouting until when someone came and tried going in through the window.

“I want the authorities to see to this criminal act. It was long since their love affair ended. She got married and later got divorced. That was when he came back to her life, pressing that he must see her. He used to come in although we don’t like it but he doesn’t understand. We used to chase him out. When I attempted informing the police, my children would refuse and say let’s not take the matter public.

“He understands that she doesn’t want to see him. When he calls, she doesn’t pick up. That’s when he decided to invade. He knocked at the door for almost an hour. She was the one who asked me to go and send him away after which he pushed me away upon opening the gate.

“He went straight to her room. He knows where the room is because he used to come in. In most cases, it’s her brother that used to send him away. They first met at Shoprite when she went to buy perfume and they exchanged phone numbers. That’s how they started making out on calls.

“When she got married, they separated until when she was divorced. Her husband suspects they were chatting with him on phone although that was not what led to the failure of her marriage. Of course, she told him that she was going to marry him, but because her paternal uncles saw issues coming, they refused and I agreed with them,” she concluded.