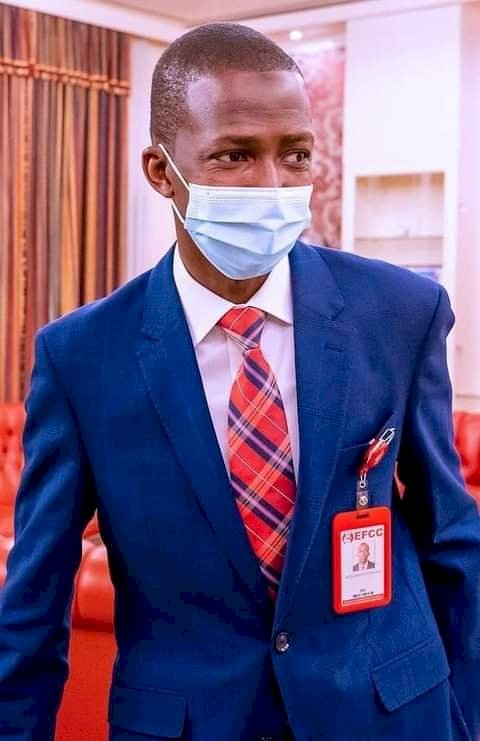 They told the News Agency of Nigeria on Thursday in Lagos that Bawa should remain focused despite different arguments on his appointment as the newly confirmed Chairman of the EFCC.

NAN reports that the Senate on Wednesday, Feb. 24 confirmed 40 years old Bawa as new Chairman of the anti-graft agency, which had been without a chairman since the removal of its erstwhile boss, Ibrahim Magu.

In his reaction, Mr Akinlade, a former Chairman of the NBA, Ikorodu branch, said the various arguments surrounding Bawa’s appointment should only serve as a guide to him on the expectations of Nigerians.

According to him, the young Chairman may appear to many as not having much practical experience, he must now strive to prove his detractors wrong.

“The new chairman is positioned now to change the narrative. He has to prove that our generation can do better, correct the mistakes of our fathers and the generations before us.

“I urge the new chairman to be brave, incorruptible and focus on the future of this country; he has to lead those under him, towards a moral path; he has to stop all the illegal arrests, detentions and bias investigations.

“He must protect our economy from all those who seek to undermine it,  must do justice between those in power and those that are not.”

Mr Akinlade urged that the constitution must be the only master and urged him never to compromise on his integrity.

“Many people will try to discourage him and try to make him fall into their own hopelessness but he must surround himself with forward-thinking Nigerians with a high moral compass and dream of a corrupt-free Nigeria,” he said.

On his part, Mr Ogbankwa, who is immediate past Publicity Secretary of the NBA, Benin branch, said the confirmation of Bawa signals a new dawn in the anti-graft industry.

“I defer with some persons who oppose his appointment as I am enthused by same; Bawa is a youth, and he is of the course of the EFCC Academy, which is high time officials of the organisation took control of, as opposed to the Police running same.

“How come allegations against him are coming out now; I know that when you are about to be elevated to a position of authority, your detractors come out with gimmicks to pull you down. The chairman must, however, stay focused,” Mr Ogbankwa said.

According to him, the new chairman should now get down to work and address core areas requiring attention.

He said: “The granting of obnoxious bail conditions should be addressed, especially where the administration of Criminal Justice Act, 2015, provides that the first line of sureties should be blood relatives of the suspects.

“The EFCC should desist from investigating matters pertaining to contracts as it’s not a debt collector as stated in a plethora of cases by the Supreme Court and other superior courts of records.

“The EFCC should not only investigate financial crimes, but also economic crimes, as we rarely hear about oil bunkering, under payment of import duties, currency trafficking, forgery of customs documents among others.

“The EFCC Act provides for interim forfeiture of property using ex parte orders, so, any cars seized without a court order must be released forthwith.

“There should also be an electronic tracking system in place to track all seized property and a public auction sale of same after due process with an open bid, open to public participation and public scrutiny,” Mr Ogbankwa said.

He urged the commission to also note that lawyers are partners in progress and not enemies, adding that when its officers see lawyers, they should accord them requisite respect and co-operation.

He urged the EFCC to follow due process of law in all its activities.

ESN Operatives Arrested In Orlu Are Hoodlums, Will Be Treated As Murderers —Imo...