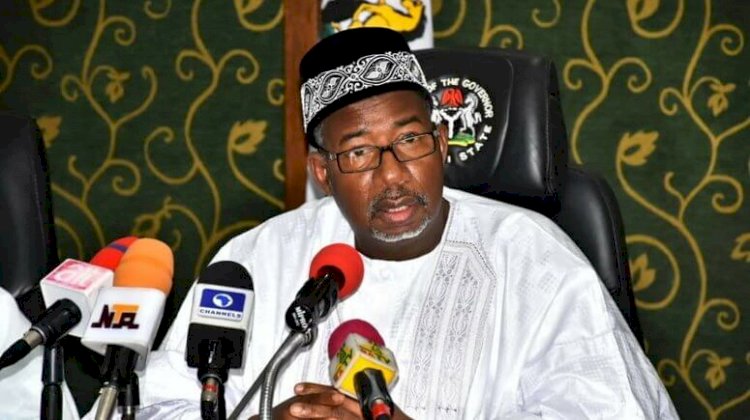 Governor Bala Mohammed of Bauchi State has disclosed that the state is
topping livestock production in Nigeria due to its strategic location
in the Sudan Savannah vegetation zone.

The governor was speaking at the 45th Annual Conference of the
Nigerian Society for Animal Production with the theme” Animal
Agriculture: Exploring the Goldmine of Nigeria’s Agro Revolution held
at the Event Center Bauchi.

Mohammed also said Bauchi State is blessed with abundant grazing
areas, converging points for the international stock routes from the
North West and Northeast regions of the country.

Declaring the conference opened, he said that the state is equally
endowed with abundant land resources of about 4.2 million hectares of
cultivable land, 79 grazing reserves out of which 14 are gazetted
while the remaining are on process.

The governor, who was represented by the Permanent Secretary, Ministry
of Agriculture and Rural Development, Dr Bala Lukshi, said his
administration has provided a smooth ground for enhancing the
production efforts of crop and livestock farmers.

The Chief Host and Vice Chancellor of Abubakar Tafawa Balewa
University (ATBU) Bauchi, Professor Muhammad Abdulaziz, welcomed
participants and assured that efforts would be made to adopt workings
of the 45th conference.

In his opening remarks, Chairman of the Occasion, Professor Suleiman
Bogoro, who recalled that his inaugural lecture in ATBU in 2005 was on
food security, emphasised that research has shown that the north east
region has always had the largest population of livestock in Nigeria.

Bogoro believed it was appropriate that ATBU as a university of
technology makes its contribution to strengthening food science and
technology, food security and agricultural raw materials 0production
in order to ensure self-sufficiency particularly livestock.

“That is why I made a suggestion and with support from TETFUND ATBU
established a Dairy Research and Development Centre. I will take
advantage of the resources I have at TETFUND and the Board of Trustees
have recommended to President Muhammadu Buhari for a Centre of
Excellency that spealiaises in dairy research and development,” Bogor
who is TETFUND Executive Secretary, said.

“If the President approves that project then in the next few months a
Centre of Excellence in food security emphasizing diary research and
development, plant breeding, climate change, soil science and so on
ill come into being”

In his remarks, Minister of Agriculture and Rural Development, Dr Sabo
Nanono, urged participants at the conference to strive to realise the
objectives of NSAP by availing themselves with unreserved commitment.

“Animal Agriculture is an essential source of livelihood for millions
of people and as such deserves a concerted effort in harnessing the
inherent greatness in it to boost the socio- economic status of the
citizenry,” he said.

The minister appealed to the conference to provide the right platform
for addressing the incessant cases of professional rivalry amongst
prominent actors.

The President of NSAP, Professor Augustine Ani, said the society
embraces all aspects of animal production and related disciplines
while membership cuts across individuals and corporate bodies that are
interested in animal production.

Ani explained that the theme of this year’s conference was based on
the understanding that animal production holds great potential to the
country’s economy and urged all stakeholders in the livestock sector
to join hands to accelerate the development of the industry.

A former Governor of the state Adamu Mua’zu, who was honoured with an
Award of Excellence by NSAP, announced his intension to set up a diary
factory in Bauchi to compliment the efforts of the state government in
fighting poverty in the society and ensure self-sufficient in food
production.