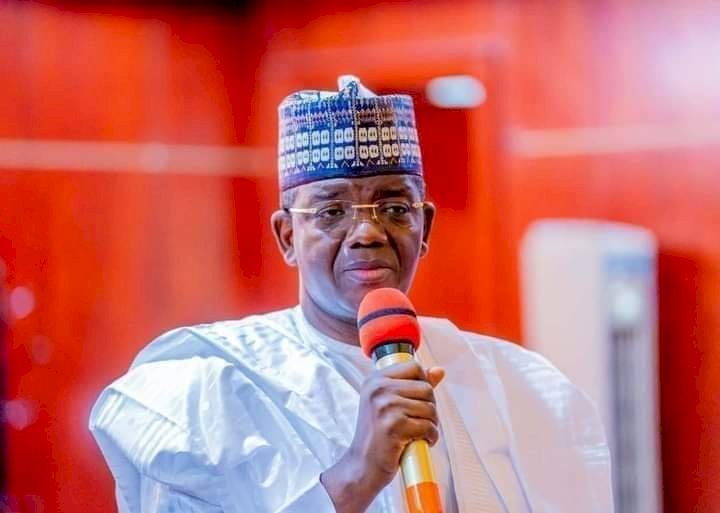 The governor of Zamfara State, Bello Matawalle, has said that the state government is no longer interested in dialogue with bandits as they rejected the olive branch stretched at them earlier.

He said in Gusau that instead, security forces would flush them out of the state.

“My administration will no longer grant amnesty to bandits as they have failed to embrace the peace initiative earlier extended to them,” the governor said, while addressing a congregation.

He urged residents to be patient and to support new security measures put in place to flush out bandits and their collaborators to restore peace in the state.

The governor said the barrage of attacks on bandits by security forces had made them to make a fresh overture to government seeking dialogue.

He said the bandits’ emissaries informed him that they had repented and would want to dialogue with government.

He noted that some of the bandits were running out of Zamfara to other states as a result of the new security measures introduced by the state government.

Mr Matawalle warned politicians against giving any form of support to bandits, stressing that: “politicians should fear God and stop buying motorcycles to distribute to people who, in turn, sell to bandits to perpetuate their evil acts.”

The governor said also that Zamfara government would prosecute any politician caught in the act.

The News Agency of Nigeria recalls that Zamfara had cut off food, petroleum products supply and other essential commodities from the reach of the bandits in their various camps.

The government had also incepted several vehicles conveying food, drinks and petroleum products to various bandits’ camps in the state.

The government said earlier that it had also arrested more than 100 violators of Gov. Matawalle’s Executive Order to restore law and order in the state.

Mr Matawalle had established the Special Taskforce to enforce measures to address the lingering security challenges of mass kidnapping for ransom and cattle rustling in the state.

On Aug. 26, the governor signed an Executive Order suspending all weekly markets in Zamfara, banned bicycles and motorcycles from carrying more than one passenger and not more than three passengers in the case of tricycles.

The order read in part: “No bicycle, motorcycle or tricycle shall ply any road or run within Zamfara State between 6.30 p.m. and 6 a.m., while in Gusau metropolis, the ban shall be between 8 p.m. and 6a.m.

“No firewood or charcoal shall be transported from the bush to any part of Zamfara State by bicycle, motorcycle, tricycle, car, articulated vehicle, lorry, truck or any vehicle by whatever name called.

“No sheep or cow shall be transported into or outside Zamfara State.

“The sale of petroleum products by fuel stations within the control of a village head is banned.

“Fuel stations shall not sell petroleum products in jerry can or any other container to any customer.

“No fuel station shall sell more than five litres to motorcyclists, tricyclists and not more than 40 litres to any vehicle.

The state government had also established a Special Taskforce to ensure full compliance with the order while mobile courts were set up to prosecute violators.

All banking services, mobile telephone services, internet and other related services have also been suspended.

In a related development, Commissioner of Police in Zamfara, Ayuba Elkanah, announced the suspension of movement of all motorcycles with clutches in 13 local government areas of the state.

In a chat with newsmen, Mr Elkanah urged members of the public to continue to support security agencies by giving them vital information that would assist in fighting crimes and criminally in the state.

“In a bid to achieve this aim, additional measures have been put in place.

“Riding of motorcycles that have clutches have been banned in the 13 local government areas of the state in addition to the earlier enforcement of restrictions on motorcycles and tricycles in Gusau Local Government Area.

“In Gusau area, Damba and Mada are equally affected in the ban on riding motorcycles with clutches,’’ Elkanah said.

The police commissioner said they had authoritative information that some unscrupulous elements use the vehicles, especially Golf III cars and Canter trucks, to supply petroleum products and food items to bandits camps.

Mr Elkanah enjoined residents in Zamfara to bear with the security agencies because the measures put in place are temporarily and are in the best interest of the state.

“We urge residents to remain law-abiding and to collaborate with security agencies in ensuring that peace and security is restored in the state,” the police commissioner said.

Nigeria As An Entity , Not A Mistake – Sultan Of Sokoto, Muhammad Sa’ad Abubakar

COAS Attahiru: An unforgettable General who departed in...