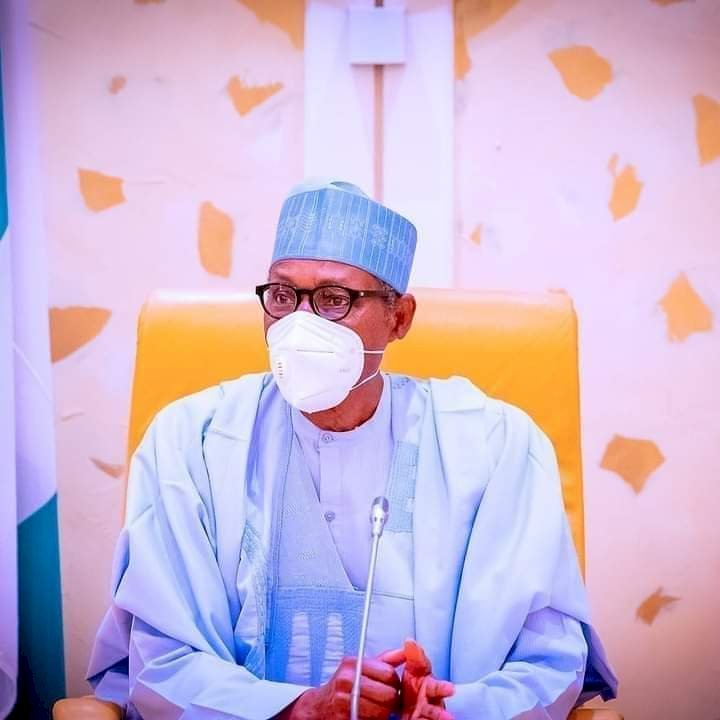 President Muhammadu Buhari, on Thursday, played host to Arise Television during which he answered questions in an exclusive interview session.

During the interview, which was Buhari’s first exclusive interview since he was re-elected in 2019, the president discussed issues bordering on insecurity, secessionist agitations, infrastructural development, unemployment, 2023 elections, and many other issues.

Coming after criticisms had trailed him for keeping ‘prolonged silence’ in the face of several challenges confronting the country, especially rising insecurity, the interview was greeted with accolades by many Nigerians who watched him address several issues.

Many viewed the interview as a remarkable departure from previous addresses to the nation after which critics expressed disappointment that Buhari had failed to address the real issues at stake.

For instance, when he broke his nine-day silence with an address to the nation following the #EndSARS protests last year, not a few expressed dismay that he failed to even make reference to the military attack on peaceful anti-police brutality protesters.

Instead, the president had devoted most of his address to listing what he saw as his government’s achievements in tackling poverty.

“Both our deeds and words have shown how committed this administration has been to the wellbeing and welfare of citizens, even with the steadily dwindling revenues, and the added responsibilities and restrictions due to the coronavirus pandemic,” he had said.

Yesterday’s interview may have come as a surprise to critics, many of whom perceived the president as unaware of the country’s situation and relying on orders from cabals.

But the president’s response to questions during Thursday’s interview convinced Nigerians that the president is fully aware of the challenges facing the country.

“Presidential interviews are important because at least, they help us understand the mindset of the president. Not some SSAs commenting on issues all day long. President Buhari should speak more. We will still disagree with some of his views,” a commentator said.

Although the president responded to questions on wide-ranging issues, five areas stood out as talking points by Nigerians.

One of these was in response to a question on open grazing when the president said he had asked the Attorney-General of the Federation, Abubakar Malami, to begin the process of recovering land from persons who have converted cattle grazing routes for their personal use.

Buhari said: “What I did was ask him (AGF) to go and dig the gazette of the 1st Republic when people were obeying laws. There were cattle routes and grazing areas. Cattle routes were for when they (herdsmen) are moving upcountry, North to South or East to West, they had to go through there.

“If you allow your cattle to stray into any farm, you are arrested. The farmer is invited to submit his claims. The khadi or the judge will say pay this amount and if you can’t the cattle are sold. And if there is any benefit you are given and people were behaving themselves in the grazing areas, they built dams and put windmills. In some places, there were even veterinary departments so that the herders are limited. Their route is known, their grazing area is known.

“But I am telling you, this rushing to the centre (sic) so I asked for the gazette to make sure that those who encroached on these cattle routes and grazing areas will be dispossessed in law and try to bring some order back into the cattle grazing.”

Buhari also defended his alleged lopsided appointments, insisting they are strictly based on merit and in accordance with his administration’s zeal to serve Nigerians.

He said: “Those who know the administration well know that we have appointed people from the South East into important position.

On the appointment of the new COAS he said: “We considered all the factors as well as personal experience and commitment before we arrived at this choice. If you want the soldiers to be effectively led, you must bring someone who has been in the system and went to the field.

“We are fighting on different fronts. We need someone with ample experience who has been in the field.

“We reshuffled the country’s security apparatus to augment our performance with regards to security. When they came in, the first thing they did was to make a consultation. And they are now in charge. We don’t want to publicise our gains, but we are recording success.”

Nobody has the power to decide for APC on zoning

Assuring that the acting leadership of the party is fast working to reposition the party and make every member feel at home, Buhari said, “The hope of this administration is to see APC last beyond it. Therefore, we should allow the party to decide. You cannot sit here in Lagos, for instance, and decide on the fate of APC on zoning.

“The restructuring of the party has begun from the bottom to the top with the membership card registration. Every member of the party must be involved.

“We will soon conduct our convention. No single member of the party will be allowed to go against the wish of the party. The political party has to know how many members it has state by state. This is the right step to go about.”

‘If you want jobs, behave yourselves’…

Asked what he is doing to bring direct investments into the country, Buhari recalled what he told the national executive council after the #EndSARS protests, while noting how the protests made the country insecure for investors.

Buhari said no investor will invest in an insecure environment, adding that those with good degrees will die of hunger if there are no jobs.

Making reference to the BRT buses that were razed by hoodlums during the #EndSARS protests in Lagos, Buhari said: “Look at the 200 buses bought by the former governor of Lagos, some of these boys went and burnt the vehicles. Who will go and invest their money in an unstable environment? Nobody will.

“It’s just common sense. So you behave yourself, you make Nigeria secure, and people will invest.”

Responding to a question on the proscribed Indigenous People of Biafra (IPOB), Buhari described it as “a dot in a circle,” saying the group is isolated in its call for secession.

He said he has been assured by the elderly people and the youths from the South-South part of the country that the region has no plan to secede.

“I was encouraged by what I heard. Two statements from the South-South: one by the elderly people, they said this time around there would be no (secession). And again the youth made the same statement; such encouragement.

“So IPOB is just like a dot in a circle. Even if they want to exit, they’ll have no access to anywhere. And the way they are spread all over the country, having businesses and properties. I don’t think IPOB knows what they are talking about.

“In any case, we say we’ll talk to them in the language that they understand. We’ll organise the police and the military to pursue them,” Buhari said.

In response to a question on corruption, Buhari said it was difficult to fight corruption under a democratic setting as currently existing in the country.

The president said it was easy for him to fight corruption when he was a military Head of State in the early 80s “when a lot of people were sent to prison before I was also booted out.”

He, however, said in spite of the challenges faced in the battle against graft since he became a democratically elected president six years ago, his administration has succeeded in easing out corrupt public officials without making noise about it.

Maintaining that the Boko Haram insurgency in the northeastern part of the country is largely fuelled by youth unemployment and poverty, Buhari also stated that the majority of the Boko Haram members were Nigerians, adding that his government has done a lot to fight the terrorists but the problem in the “North East is very difficult.”