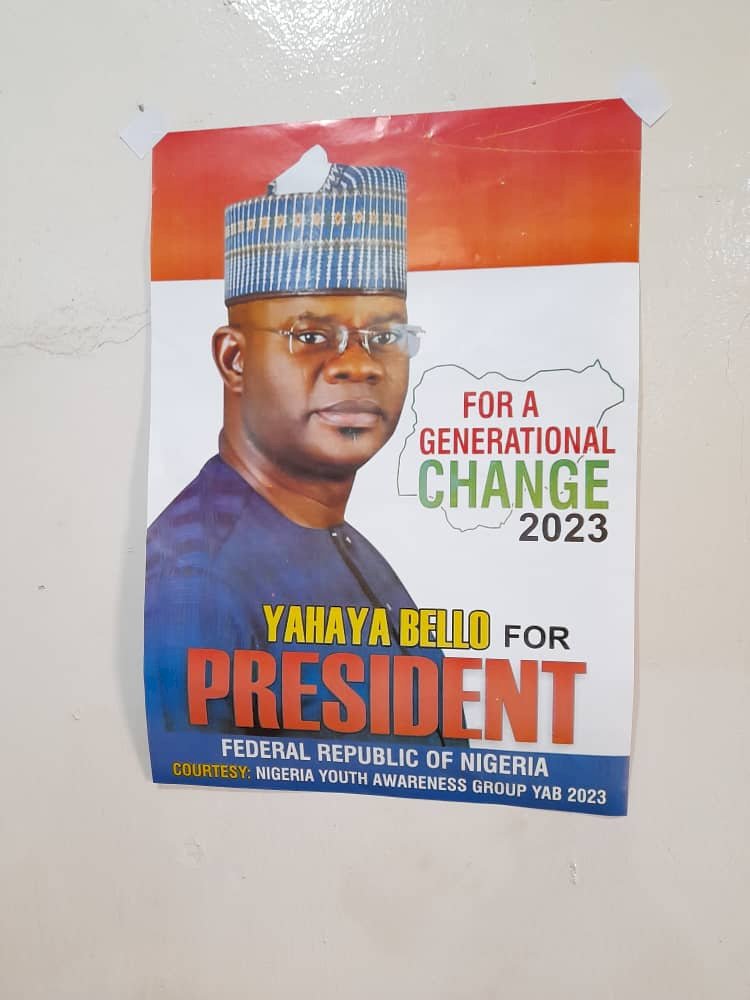 Ahead of the 2023 presidential election, campaign posters of Kogi state Governor, Alhaji Yahaya Bello have surfaced on some major roads in Kano State.

Daily Trust observed that the posters, carrying inscriptions suggesting the governor’s 2023 presidential ambitions were spotted in some areas of the city.

The posters do not bear any party’s logo but there was a big inscription which reads: ‘For generational change 2023, vote Yahaya Bello for President, Federal Republic of Nigeria

The posters were pasted at strategic locations in the state, including parts of Murtala Muhammad Way, Airport Road and Sani Marshal Road.

Other areas where the posters were spotted include Race Course Road, Bompai Road and some parts of Kano Government House streets.

Recently, the Kogi State House of Assembly, at its plenary, passed a resolution calling on the governor to run for president.

House Majority Leader, Hassan Abdullahi, while moving the motion said the call was predicated on the ‘sterling performance’ of the governor since he assumed office in 2016.

Besides the resolution by the state lawmakers, the governor’s foot soldiers and loyalists, including commissioners and special advisers in his cabinet, have all been drumming support for his (Bello’s) presidency in 2023 through various social and traditional media platforms.

According to them, it is now the turn of the North Central geopolitical zone to produce the next president.

Dr Ahmed Bola Asiwaju Tinubu is From Maiduguri Not Lagos_Sarkin...

His name is Cellou Dalein Diallo, leader of the opposition...