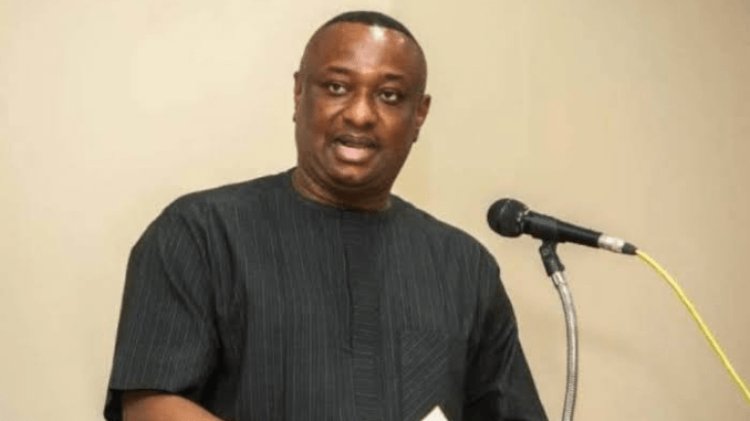 President Muhammadu Buhari and the All Progressives Congress presidential candidate for the 2023 general elections, Bola Tinubu, are pleased with Festus Keyamo as the spokesman of the APC campaign.

The Senior Special Assistant to the President on Media and Publicity, Garba Shehu, disclosed this on his Twitter handle.

“Both President Buhari and the Presidential Candidate, Asiwaju Bola Ahmed Tinubu, are happy with the job Keyamo doing, and with the general setup of the impending campaign, which has already become an example for other parties,” the presidential spokesman tweeted.

Keyamo during an interview on Channels Television’s Sunday Politics said Nigerians are not bothered about the APC’s Muslim-Muslim ticket.

Keyamo, who is also the Minister of State for Labour and Employment, defended Tinubu’s choice of Kashim Shettima as his running mate, saying the masses were interested in how the ruling party plans to tackle hunger.

Following the minister’s comments, there were reports that President Buhari was displeased with Keyamo’s statement as it was considered as de-marketing the present administration.

But Shehu debunked reports that Federal Government was calling for Keyamo as the APC presidential campaign spokesman, describing it as fake news.

Noting that the claims were false, the president’s media aide said there are no plans to remove Keyamo as spokesman of the APC presidential campaign.

He added, “The news that President Muhammadu Buhari has called for the removal of Festus Keyamo, SAN, as a spokesperson of the APC Presidential Campaign Council is fake news.

“We [are] aware that conspiracy theories are being hatched with a ripple effect to defame our party leaders and hold back the campaign. Supporters of our candidates should not pay attention to “news” from these fountains of false narratives.”

Italian deputy PM calls on EU to sanction France for its...