Would UNESCO be complicit in the planned death of PULAAR in Senegal? 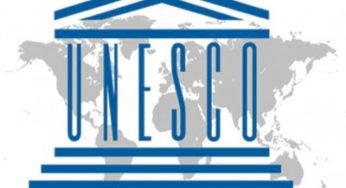 In fact, National Literacy Week is in progress and is in full swing. Already open in Mbour, it will end in Dakar this Saturday, September 14, 2019 in front of several personalities. At this moment, the extreme suffering of the Pulaar language in public services is a fact to be noticed and deplored. This language of the Fulbe ethnic group, the majority in Senegal and in the sub-region is victim of all forms of assaults and deprivations in many sectors of activity. What needs to be done and what is UNESCO waiting for to denounce this catastrophic situation of one of the oldest languages ​​in the world?

The bad posture of the Pulaar language in the public services.

She is everywhere mistreated, rejected, put away and oblivion of Dakar Dem Dikk until SENELEC with its WOYOFAL. And the state does not seem to want to put a stop to this embargo.

The program of the Reading For All (LPT) established by the state is a slaughter for the culture and the language of Fulbe. Their children are currently literate in languages ​​other than their mother tongue. This cultural and linguistic cleaning is currently underway, in the departments of Dagana, Gossas, Koungueul, Linguere, Louga and M’backé. It’s simply a tragedy and an insult to their identity that they want to keep at all costs.

Also, this language is almost absent in the public and private media with the highest ratings. Some shows in Pulaar are done at night while all humans sleep. The airtime for this language is 12 minutes a day on national television. This is unspeakable and many of our compatriots think it is sabotage.

The national aviation company even refuses to use this language while the number of Fulbe travelers would be higher than other nationalities taken individually according to several sources. Would this inadmissible situation be contrary to the security code of the International Civil Organization (ICAO)? It is asked to clarify as soon as possible.

Fulbe would also be the most numerous customers of the company Orange Africa and Middle East but their language is a victim of language embargo. The dissatisfaction with this multinational is at its height. A call for a sub-regional boycott would be imminent.

It is this Thursday, February 28, 2019 that Judge Demba Kandji imposed a linguistic diktat by announcing the results of the presidential election in French and in another language, thus depriving several millions of his compatriots the right to information in their mother tongues and / or preferably. Would he have read the laws of the constitution on the national languages ​​before engaging in this exercise during which many of our compatriots felt excluded?

There is no area of ​​administration where Pulaar is respected. It is everywhere wrinkled and discarded and forgotten, so we represent much more than 30% of the population of the Senegalese population. Several letters have been sent to the authorities to make corrections. But so far, no answer has reached us.

An urgent appeal to UNESCO

We call on the vigilance of this United Nations organization to listen attentively to the fate of this language, which is a world heritage. This situation cannot continue because it weakens the stability of the country. We cannot accept the current situation where one or more languages ​​are put on top of each other. We say NO to linguistic apartheid in Senegal

FULFULDE LANGUAGE TO BE INTRODUCED IN ZAMFARA STATE SCHOOLS CURRICULUM.

We Are Almost Set For APC Presidential Campaign — Lalong