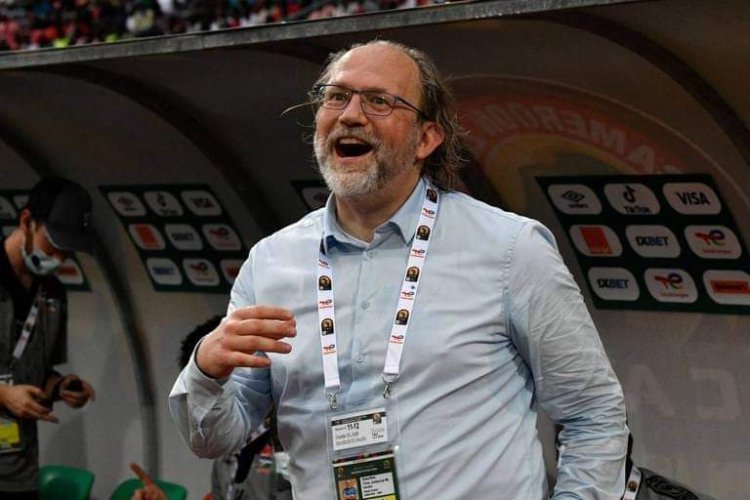 Tom  Saintfiet is into his 25th year working as a coach. Having started his coaching career at the tender age of 23, Tom Saintfiet had earned the respect of many in the football world but Saintfiet has faced unusual challenges throughout his nomadic career.

He fled the Zimbabwean army in the dead of night, went to Yemen during the war against his embassy's advice and had an armed escort to training in Bangladesh. In June 2010 , Tom was appointed head coach of Zimbabwe.
However, from day one things didn’t go smoothly for Tom Saintfiet in Robert Mugabe’s Zimbabwe. Some members of the Zimbabwe Football Association were against the appointment of a foreign coach and believed that the job should have gone to a local coach. "I went to Zimbabwe and signed a four-year deal. And after two weeks I had to run away," Saintfiet revealed. He was bundled out of Zimbabwe after just spending two days with the senior national team.

One afternoon during a training session, the Secretary-General of the Zimbabwe Football Association came to warn Tom  that he would be arrested if  he didn’t leave the country within two hours.He had to fled the army for the Botswanan border while still in his training kits .
Tom Saintfiet travelled the 600 or so kilometres through the bush  to the Zimbabwe-Botswana border under cover of darkness in a hired car. Tom  says his refusal to select only locally based players, allegedly being used in a global match-fixing scam, was the real reason why they ordered for his arrest and deportation.
Tom Saintfiet told ‘De Standaard’ that the German Ambassador at the time Dr. Conze warned him that there was a real chance that he would be murdered if he returned to Zimbabwe..
Saintfiet said apart from Zimbabwe and Nigeria, he had generally enjoyed working in Africa. "My wife is from Zimbabwe and I consider myself half Zimbabwean. Africa is home for me" he said.
After taking his case to FIFA, Zimbabwe was ordered to pay him $450 000 for breach of contract. In 2013 Tom Saintfiet reported Stephen Keshi to FIFA after the Nigeria coach reportedly called him “a white dude who should go back to Belgium". Tom Saintfiet had to be given an armed escorted whenever he is going for training while in Bangladesh. He  went to Trinidad and Tobago and he was there only 26 days.

Since 2008, he has managed eight  national teams and clubs, at times, lasting just two games.Saintfiet has served at the helm of Namibia, Zimbabwe, Ethiopia, Yemen, Malawi, Togo, Bangladesh and Trinidad and Tobago, Malta and finally The Gambia.

Tom Saintfiet has already made history with The Gambia since being appointed head coach in July 2018. This is a man who makes minnows rise. He thrives on being an underdog. With Namibia, Ethiopia and Yemen, and The Gambia ,Saintfiet forged a reputation for guiding footballing minnows to surprise results against more illustrious opponents.

Its high time African leaders reinstate capital punishment to deal with the surging...