The extraordinary story of a fouta of the fouta djaló deported to the USA. He is qualified as the first Muslim scientist of America 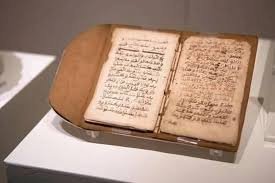 Bilali Muhammad, first Muslim scientist of America In the 18th century, while the transatlantic slave trafficking is in full swing, as everyone knows, millions of Africans are deported to America: West Africa is already in good part islamized, a large number of Muslims Is logically concerned by this “trade”.

Among them, a man out of the ordinary: Bilali Muhammad. Peul from the futa milestone, in current guinea, he is captured and deported to the Bahamas in adolescence, where he will remain ten years before being sold to an American MP, Thomas Spalding, who assigns it in 1803 to his cotton plantation On The Island of sapello, off the coast of Georgia. Although a slave, man is quickly noticed by his skills: from a literate family, he is appointed supervisor and administrator, a position that allows him to lighten the suffering of his fellow, as much as spalding is a relatively “Liberal” owner. ” for the time, in the eyes of the horrors that the slaves of the American South suffer.

Thus, he allows bilali Muhammad to become the Imam of the small community of 80 Muslims of the plantation: Rare fact in the south deeply Christian, the peul can show his islam to the big day, fasting the month of rama¤, celebrating the holidays Muslim, wearing the fez, practicing the five daily prayers or giving Muslim names to his 19 children, to whom he learns English, French, peul and Arabic. Fluently Arabic and knowing the Qur ‘ ân, poured into the sciences of hadîth, of and tafsir, he even gets spalding the permission to build a small mosque on the plantation – perhaps, the first of the United States. It is also contemporary of yarrow mamout (Muhammad Yero), another literary peul known to recite the Qur ‘ ân in the streets, which will be free and will become a prosperous trader of Georgetown, as well as ‘ Umar ibn sa ‘ Id, a Renowned Scientist, also peul, who will write his truffled autobiography of Quranic verses while adopting a Christianity of facade, under the constraint.

In 1829, Bilali Muhammad wrote a manuscript in Arabic of 13 pages that will only be discovered at his death, in 1857. Preserved at the university of Georgia under the name of ‘Ben Ali Diary’, he will not be ” Deciphered ” that in the 1930 s, with the help of Egyptian scientists of al-Azhar. If the document lets think in the first place to a kind of “Intimate newspaper”, it is nothing: it is a real precision of fiqh maliki, and therefore of the first Islamic book written in the United States of America. Referring to the famous rissala of ibn, Zayd Al-Qayrawaani, Bilali Muhammad explicit the central points of Islamic dogma as well as the rules of ablution, prayer and adhaan. In addition, far from being just a simple “Copy-paste” of his childhood lessons, the book is a real original text and a personal comment of the rissala.

Proof of the level of Islamic knowledge then reached in West Africa, the rediscovery of this text is more a tribute to the steadfast faith of these men, who crossed the oceans without ever breaking…

Facebook will delete facial recognition data of more than...